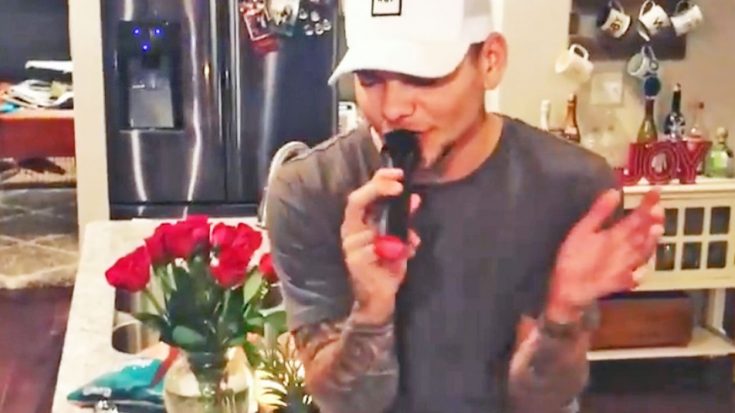 While he’s known for delivering spot-on renditions of country classics, turns out Kane Brown has a talent for pop music as well.

WHAT IFS IS OFFICIALLY PLATINUM ? THANK YOU FANS AND COUNTRY RADIO!!!! @laurenalaina

“The Way You Make Me Feel” was released off Jackson’s seventh studio album Bad, the song going on to become the album’s third single to chart on Billboard’s Hot 100 at number one.

A Young Stars Rise To Fame

Brown initially made his claim to fame after a series of videos uploaded to his Facebook went viral featuring the Georgia-native covering iconic country songs of the past. Fast forward to 2017 and the singer is selling platinum records and charting number one singles of his very own.

The 23-year-old country singer released his self-titled debut album in December 2016, and since then has been setting the music world on fire.

In a video uploaded to his Facebook page, the country singer delivers a karaoke-style impersonation of pop icon Michael Jackson, nailing his take on “The Way You Make Me Feel” while sitting on his countertop.

You can watch Brown’s Michael Jackson impersonation below.

New karaoke machine what legend would you try and sing ?