Kane Brown Opens Up About His Heartbreaking Childhood 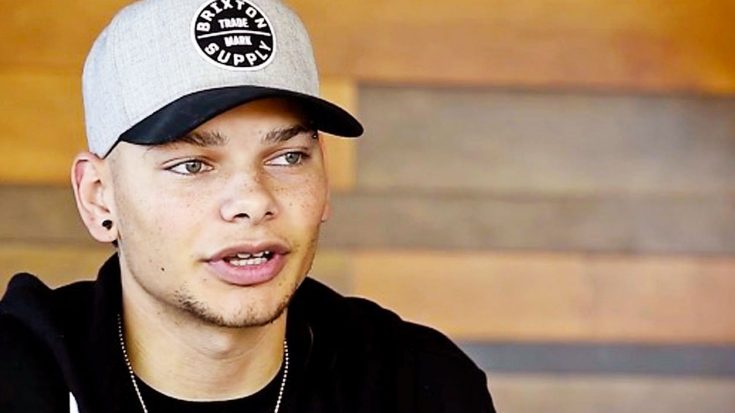 For rising country star Kane Brown, it seemed that fame came to him overnight. Today, he has over 3 million Facebook followers and is consistently named as someone to watch in country music. But such success didn’t come easy, or without some struggle and heartbreak along the way.

On Friday (December 2) Brown released his self-titled, debut album. The album demonstrates a mix of styles, with some songs leaning toward the more modern side of the spectrum while others have a more classic style.

To go along with his album’s release, Brown spoke to The Tennessean about everything that led to its creation, including his childhood hardships.

Ever since he was a young boy, Brown has been forced to face the unimaginable. As a biracial kid growing up in the South, he was used to being looked down on. He recalled one time when his classmates shouted racial slurs at him as he prepared to perform a Chris Young song at the school talent show.

But once his classmates heard him sing, the harsh words were replaced with requests for an encore.

Brown also experienced many personal tragedies as a child. As he sings in one of his new songs, “Learning,” “When I was six years old, I kinda wet the bed/ My stepdad came in and nearly beat me to death.“

Abuse, homelessness, and loss defined Brown’s childhood. He watched his friends become victims of guns and drugs, but despite everything he had been through, he never sunk to that level. “[My mom] raised me better than that,” he said.

Brown was able to escape the heartbreak of his childhood through country music. After the warm response he received at his school talent show, Brown started a YouTube channel to share his covers of country songs.

At first, the videos only generated around 50 likes on average. Perhaps country fans were a bit taken aback by Brown’s many piercings and tattoos, thinking he didn’t “look the part” of a country singer.

But after Brown shared a cover of Lee Brice‘s “I Don’t Dance,” his popularity soared. With cover after cover, he quickly built up his strong fanbase which now numbers in the millions.

For Brown, who spent the year on tour with Florida Georgia Line, his entire rise to fame is like something out of a dream. After everything he’s been through, Brown knows he can use his music and newfound fame to help others who may be going through the same experiences.

“I always look at it like, ‘Stuff happens for a reason,’” he said. “I feel like God put me in places in life to learn, and it was getting me ready for now. Now I get to tell it, and show people what’s wrong and what’s right.“

Tune in to the video below to hear Brown talk more about his childhood and how it shaped him into the person and artist he is today. We wish him the best of luck with his first album!

“Color does matter, even though people don’t see it. I’ve lived it my whole life. It’s just what I know.” — Kane Brown

Posted by The Tennessean on Friday, December 2, 2016