Kelly Clarkson Brought To Tears By On Stage Proposal 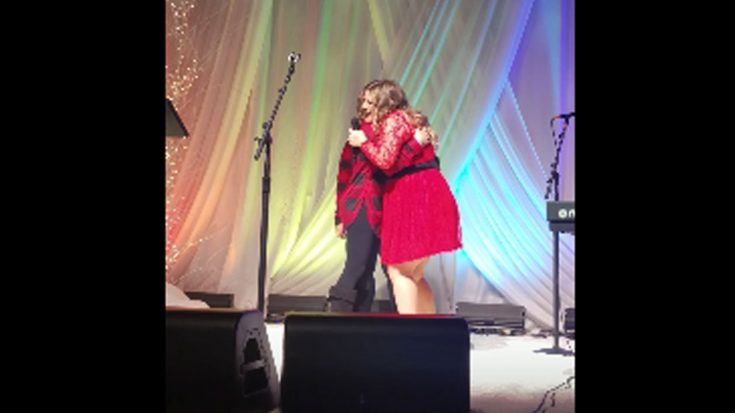 On Friday (Dec. 16), Kelly Clarkson performed at her Miracle on Broadway charity concert in Nashville, Tennessee, but before she stepped on stage, she helped one of her biggest fans propose.

At a VIP event before the concert, Clarkson was taking questions from fans when she asked if Kiana would join her.

Clarkson gave the “longtime fan” a big hug and handed her to microphone. After telling the crowd a story of how she has followed Kelly on tour for the last 13 years, she revealed she’s never really had a home base.

“I never really had a place to call home until I met Amanda,” Kiana said about her girlfriend of over two years. “She’s my home…we own a house together. And there is no better way to propose by doing so with the help of Miss Clarkson here.”

Amanda’s jaw dropped when she heard the word “proposal”, and after Kiana got down on one knee, Amanda said, “Yes” before Kiana could ask “Will you marry me?”

The crowd was cheering for the happy couple and Kelly teared up, prompting one fan to yell, “Keep it together, Kelly!

Congratulations to the happy couple! Watch their sweet engagement below.