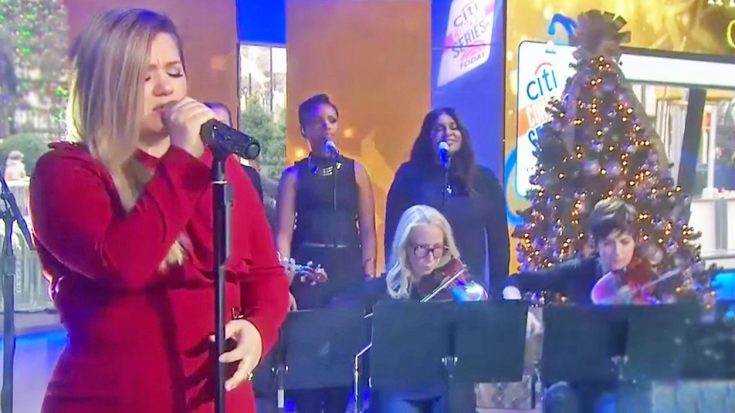 “It’s Quiet Uptown” follows the lead character of the musical, Alexander Hamilton, caught in immense grief after the death of his teenage son. Prior to the performance, Clarkson shares that she has only made it through a performance of the song once without crying.

The four time Grammy winner was invited to be apart of Hamilton’s Mixtape album, featuring songs from the musical sung by popular artists. At the time of recording, Clarkson was just a few weeks away from giving birth to her son, causing her to struggle with the deeply emotional lyrics.

“I was emailed the song at like one in the morning, and I was pregnant with my little boy,” she said before the performance. “I had not seen Hamilton. Really, I’m just a couple week away from having my boy, and the song is about a boy dying. I was like, ‘Are you serious?!’”

Earlier this year on one of the final nights of American Idol, Clarkson became greatly emotional during a performance of her deeply personal “Piece by Piece.” Following her tearful performance of “It’s Quiet Uptown,” the singer took to Twitter to joke about her trend of crying during live shows, writing, “apparently I’m gonna cry every time I’m on national television.”

You can watch the moving performance of “It’s Quiet Uptown” below.