Kelly Clarkson Explains The ‘Emotional Hell’ Of Her New Song 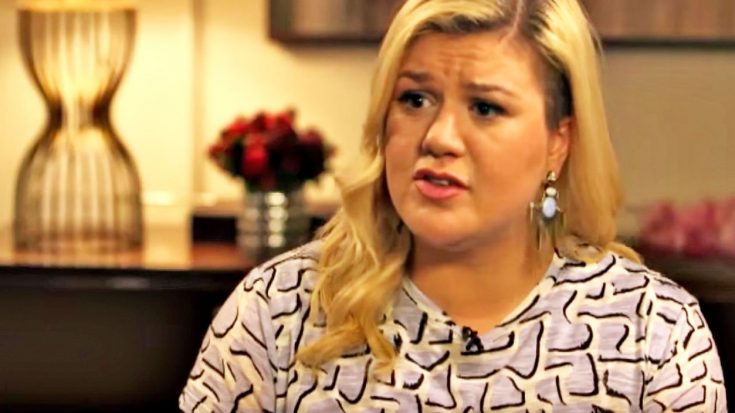 “I’m about to pop with my baby, and I’m terrified of a miscarriage at this point because I have friends that have had them,” the talented singer said of her state of mind during the recording.

In a new interview with Entertainment Weekly, Kelly Clarkson reveals how her newest release became a “hardcore, emotional hell” for how it related to her life at the time.

The song, “It’s Quiet Uptown” is Clarkson’s first new music since her chart-topping single “Piece by Piece”. While she didn’t release it directly as a single, it has charted itself simply because of how powerful the track is.

Joining forces with some of the biggest artists of today’s music, Clarkson took part in creating a “mixtape” of music from the smash-hit musical, Hamilton. For her contribution, she dazzled with her own rendition of “It’s Quiet Uptown” that’s featured on the compilation album, The Hamilton Mixtape.

“I was in my last month of pregnancy, and I had just – literally just – signed with Atlantic Records. [The CEO Craig Kallman] said, “Oh my gosh, I have this amazing idea. I know you haven’t seen this musical, but we’re doing this whole mixtape idea with all these artists…” And I was like, “Well, I love musicals, so just send it to me.”

And this was just the beginning of her work on the project. Just a short time later, she received an email from Kallman at 1 a.m. with the song – but it elicited a wave of emotions from a pregnant Clarkson that she wasn’t expecting.

“I sent an email back to him with a lot of expletives! I was so angry, because I was pregnant with my son, and it’s all about their son dying,” Clarkson told the publication of her response adding that she hadn’t seen the musical, so she didn’t understand the story fully. “So ‘the unimaginable’ in my head, I’m like about to pop with my baby, and I’m terrified of a miscarriage at this point…It was really hardcore, emotional hell for me.“

After recording the piece, Clarkson fell in love with it all over again and eventually saw the musical in person which brought the track into a special place inside her heart.

Watch Kelly Clarkson perform “It’s Quiet Uptown” from The Hamilton Mixtape in one of her only live performances below!