By Miranda Raye on September 20, 2017
Advertisement 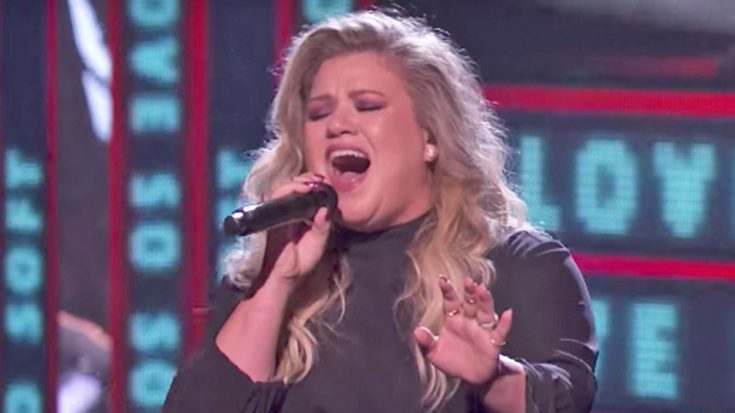 Kelly Clarkson is no stranger to competition shows, as she was the first-ever winner of American Idol. Years later, that experience helped her land a spot as a coach for an upcoming season of The Voice.

To complete all of her singing show rounds, Clarkson performed on the America’s Got Talent finale on Wednesday night (September 20). She graced the stage with a performance of her new single “Love So Soft,” which is unlike anything we’ve ever heard from her before.

Released on September 7, “Love So Soft” is the first single off of Clarkson’s upcoming album, Meaning of Life. As Clarkson explained when she announced the album’s release date (October 27), this is the record she has “always wanted to make.”

While Clarkson’s previous albums were distinctly pop, Meaning of Life is going to have more of a soulful flair. You can clearly hear that influence in “Love So Soft.”

That soulful sound perfectly complements the song’s flirtatious lyrics. The song is all about romance and attraction, as Clarkson sings of how her love can have someone “hooked” once they get a taste.

She dropped by the final episode of America’s Got Talent to show off her new song and perform with two of this season’s most inspirational contestants. The performance began with singers Angelica Hale and Kechi, who have both been through some difficult situations, singing Clarkson’s hit song “Stronger (What Doesn’t Kill You).” The American Idol superstar joined them for a chilling chorus before commanding the stage solo while performing her latest release.

Tune in below to watch Clarkson’s fun and feisty performance of “Love So Soft” on the America’s Got Talent Finale. What do y’all think of her new soulful sound? Let us know in the comments!