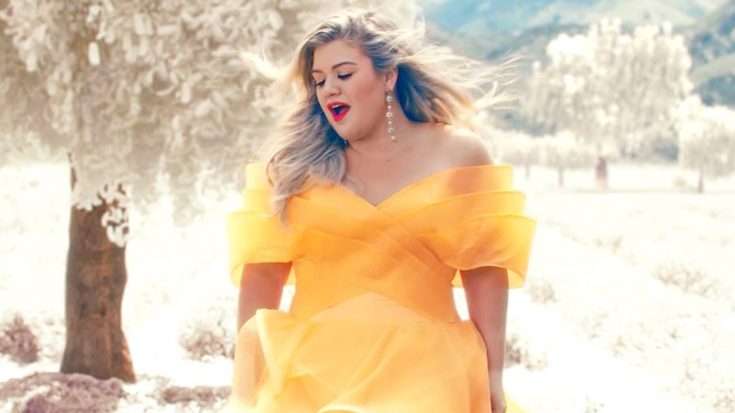 Luckily, we don’t have to wait much longer to hear new music, because Clarkson recently announced her plans to release an album!

Titled Meaning of Life, the record is set to make its debut on October 27. Fans should expect to hear more of a soulful influence on this album, as Clarkson has always dreamed of making a soulful record.

Clarkson tweeted a photo of the album’s cover art, which shows her all glammed up.

THIS is the album I’ve always wanted to make!! Pre-order Meaning Of Life to get my single Love So Soft AND Move You! https://t.co/addcsTgezs pic.twitter.com/LF63NLxllA

If you thought the cover art for Meaning of Life was glamorous, just wait until you see Clarkson’s music video for her brand-new single, “Love So Soft.” Clarkson debuted the video on Thursday (September 7), and it’s a visual masterpiece.

The video shows Clarkson in various settings, including a fancy house on the side of a cliff and a field filled with flowering trees. Her outfits are equally breathtaking, as she dons everything from an elaborate yellow gown to a bright red coat with elegant white gloves.

As for the song itself, “Love So Soft” is the perfect mix of soul and pop. The song also gives Clarkson the chance to show off her impressive range and powerhouse vocals, proving why she’s one of the strongest talents in the music industry right now.

Tune in below to watch Clarkson’s glitzy music video for “Love So Soft.” Let us know what you think of it when you’re done!