Kelly Clarkson Issues Powerful Response To Those Who Criticize Her Weight 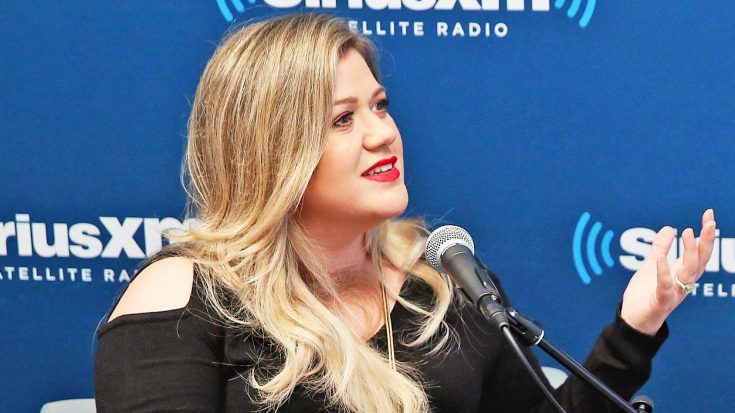 But despite everything she has accomplished, there is one aspect of Clarkson’s life that many people focus on more than anything else…her weight. Especially since giving birth to her two children, it seems that Clarkson has been the subject of body shaming comments from fans and the press alike.

Despite the constant criticism she faces, Clarkson doesn’t let it get to her. In fact, she often responds to body shamers, and even fired back at one Twitter user who called her fat.

During a recent interview with Country Living, Clarkson was asked how she deals with all of the criticism she gets about her body. She acknowledged the fact that this isn’t her “goal weight,” but said there’s a lot of reasons why she can’t drop the pounds that easily.

Clarkson said that no matter what she weighs, her voice is still the same. When it comes down to it, she says that it’s her voice that has made her famous, not her appearance.

“I’m just gonna do me and I’m gonna go at my own pace and I’m gonna do my thing, and if I’m skinny one day or bigger one day, that ain’t gonna change how I sound,” she said. “I still sound pretty dang good. And my talent is why I’m here.“

In addition to sharing her thoughts about the body shaming comments she receives, Clarkson also responded to her critics with a powerful message. She made it clear that she doesn’t really care what anyone has to say about her body:

“I’ve always been very confident though — I’m kind of that kid that’s like, when you tell me not to do something, I’m gonna be like, “Ohh, okay, watch me do this.” And I think that God, the universe, or whatever, knows that about me. I’m the happiest I’ve ever been and I can’t even believe my life sometimes. I’m so fortunate, and that’s what I focus on.”

One thing that Clarkson surely feels fortunate about is the fact that she’s preparing to release her first single since 2015’s “Piece by Piece.” We can’t wait to hear her new music!

What do you think of Clarkson’s response to those who criticize her weight? Let us know your thoughts.