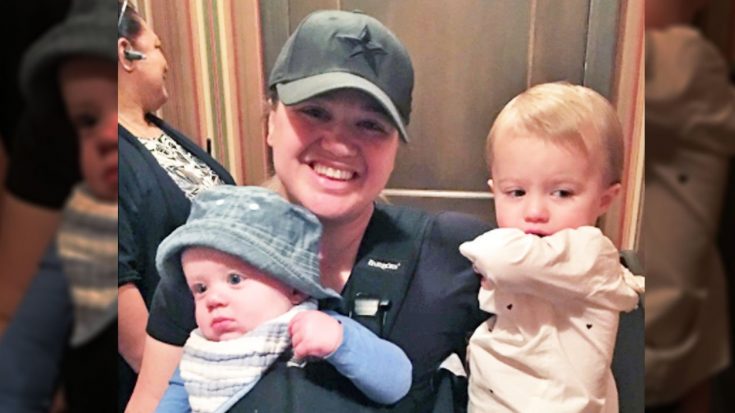 Before singing sensation Kelly Clarkson had biological children of her own, she was a stepmother to her husband Brandon Blackstock’s children Savannah and Seth from a previous relationship.

They were twelve and six years old when Clarkson married their dad and she fully embraced step-motherhood. A few years later she and Blackstock added to their family with daughter River and son Remington.

She is always open and honest about her family dynamic as well as her parenting style, even if it might ruffle some feathers. In an interview with a local Rochester radio station, Clarkson admitted that she spanks her three-year-old daughter.

“I’m not above a spanking, which people aren’t necessarily into and I don’t mean like hitting her hard, I just mean a spanking,” she said. “My parents spanked me and I did fine in life and I feel fine about it. But I do that as well too.”

Clarkson did say that although she does spank River, it is never a surprise when it happens.

“I warn her, I’m like, ‘Hi, I’m going to spank you on your bottom if you don’t stop right now. Like, this is ridiculous,'” she told the radio station.

She made headlines for the interview, and it became and online debate that was even covered on Good Morning America.

Long ago, Clarkson knew that everything she did in her professional or even personal life wasn’t going to please everyone and she never really cares what anyone thinks of her, which is is a big reason she is loved by many.

Oh hey @MariahCarey ??‍♀️ no big deal, you’re just receiving the Icon Award at the @BBMAs! LIVE May 1 at 8/7c on NBC. #BBMAs

Take a listen to her interview below.