By Miranda Raye on January 1, 2018
Advertisement 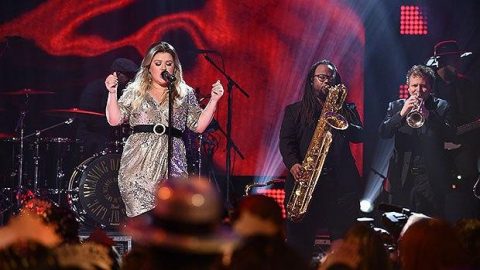 The lineup for the Dick Clark’s New Year’s Rockin’ Eve with Ryan Seacrest special this year was packed with talented artists. There was a good blend of genres to be found in the mix, including pop, country, and R&B.

There was also some soulful sound on the special this year, courtesy of Kelly Clarkson. In the past, Clarkson primarily recorded material that could either be branded as pop or country. But after signing with a new record label, Clarkson decided to take her music in a different direction.

All her life, Clarkson has dreamed of recording an album with a soulful influence. She finally got the chance to do so, and that dream album was released in October. Titled Meaning of Life, the album features the singles “Love So Soft” and “Move You.”

Since Clarkson is so passionate about the material on her new album, it was no surprise when she opted to sing one of its tracks on the Rockin’ New Year’s Eve special. Clarkson was one of the artists who performed for the Los Angeles broadcast, and she brought the house down with her show opening performance of “Love So Soft.”

If you couldn’t catch Clarkson’s performance when it aired, don’t worry. You can watch it in the video below!

What a way to welcome in the New Year! Wishing all of you a wonderful 2018!