By Miranda Raye on August 10, 2016
Advertisement 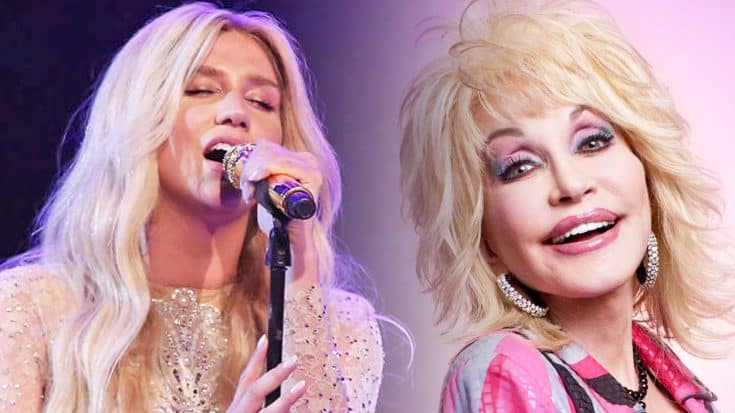 Dolly Parton is regarded as one of the music’s industry’s most talented songwriters, which has led to her songs being covered by artists of all genres. Ever since Parton first burst on to the scene, other artists have raced to record her songs.

But Parton also covered songs written by other songwriters, like she did in 1980 when she released “Old Flames Can’t Hold a Candle to You.” The song was originally recorded by Joe Sun and then Brian Collins before Parton took it on and turned it into a number one country hit.

The song was written by Hugh Moffatt and Patricia “Pebe” Rose Sebert, who has also written songs for Crystal Gayle, Riders in the Sky, and Miley Cyrus. In addition, Sebert is the mother of another artist whose name you may recognize…major pop star and songwriter Kesha, who considers her hometown to be Nashville.

In 2013, Kesha revived the song her mom penned all those years ago for Parton and placed it on her extended play Deconstructed as an acoustic cover. Kesha brought the song back to her fans during a performance on August 6, 2016 in Atlantic City, along with another one of Parton’s hits you surely know by heart.

Starting off singing a haunting rendition of Parton’s “Jolene,” Kesha put her own unique spin on the song by slowing it down, which added to its mournful tone. She then moved into “Old Flames,” introducing it as the song her mom wrote for Parton.

The crowd cheered with excitement and some people could be seen holding their hands up in the shape of a heart as Kesha sang the words her mother wrote decades ago. We’re sure her mother must be so proud.

Tune in below to watch Kesha sing two of Parton’s classic hits in the video below. What do you think of her renditions? Did you know that her mom wrote a song for Parton? Let us know all of your thoughts in the comments below!