By Jennifer Pernicano on April 6, 2015
Advertisement 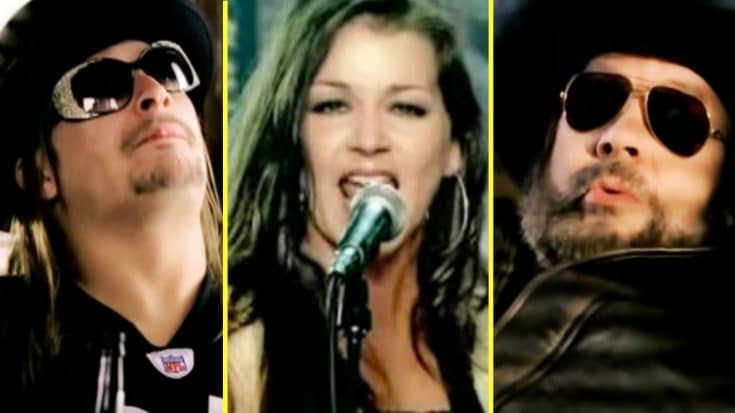 It is almost physically impossible to listen to Gretchen Wilson‘s mega-hit “Redneck Woman” without singing along at the top of your lungs.

The song, which name drops some of the best and biggest names in country music including Charlie Daniels, Tanya Tucker, George Strait, and Hank Williams, Jr., made its debut in 2004 as the debut single from Wilson’s first album, Here for the Party.

The hit remained at the top of the country charts for a whopping five weeks and still remains the most successful song of Gretchen’s career.

The music video is the ultimate country girl montage, featuring everything from pounding beers with the dudes to riding quads through the mud. Gretchen’s message is clear: ‘Redneck Woman’ is the anthem for the girls that ain’t the “Barbie doll types”, Gretchen’s depiction of a “real country woman”.

“A redneck woman is hard-working,” explained Gretchen in an LA Times interview. “She’s raising a family and holding down a job at the same time and is proud of who she is, no matter what.”

These days, when the no-frills country singer isn’t holding down her redneck values, she’s running her own label called (no surprise here) Redneck Records.

“Redneck Woman” is and always will be the anthem for country girls everywhere. The lyrics are so relatable that after hearing a few, you’d think it was written about you!

Watch the video below, and don’t forget to sing along!