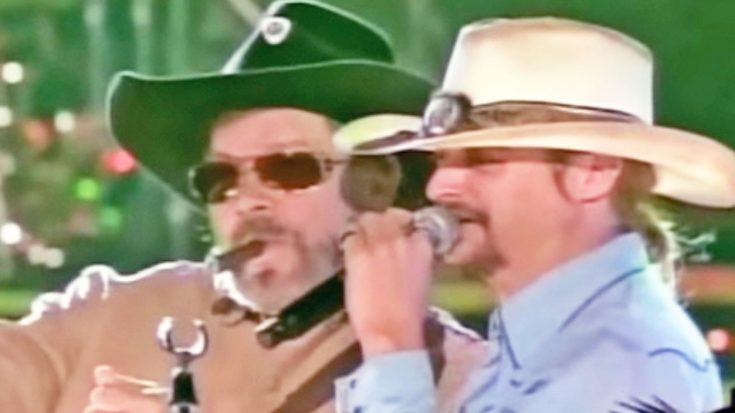 When fans bought their tickets to be in the audience for the CMT Giants concert honoring Hank Williams Jr., there’s no way they could ever imagine just how rowdy it would get. But, then again, it is Hank Williams Jr., so they had high expectations.

Hits like “The Conversation”, “Born To Boogie”, and “A Country Boy Can Survive” were performed by his peers, but Hank Jr. took matters into his own hands when it was time for his song “Dixie On My Mind”.

Hank Jr. was definitely enjoying himself during this performance, as well as delivering incredible vocals. In between each line he sang, he took a puff from the cigar in his hand – it doesn’t get more rowdy than that!

The explosive performance had the entire place on their feet clapping along and even had us dancing to the beat at home. Watch the awesome performance below.