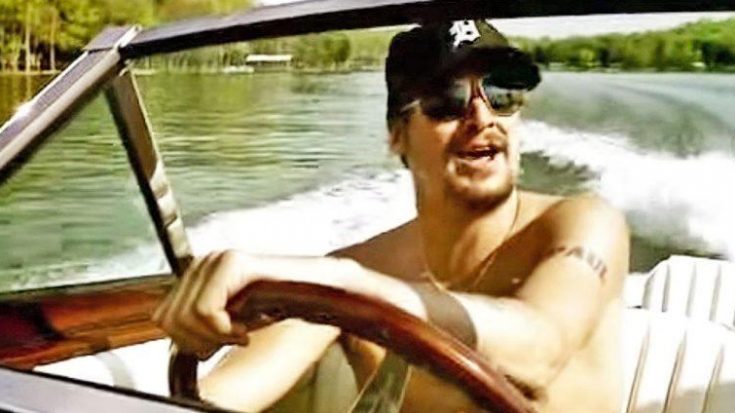 The Mother Of All Mashups

Once upon a time, Kid Rock decided to mash up two hit rock songs from the 1970s and make a new song from the combination. Who would have thought that song would go on to become one of the biggest hits of his career?

Called “All Summer Long,” it was released as the third single off of his album Rock n Roll Jesus. It was a fitting title, because if you look at the songwriting credits, you’ll notice a few names that are familiar in the rock and roll world.

If the names Johnny Van Zant, Ed King, and Gary Rossington don’t ring a bell to you, the name Lynyrd Skynyrd surely does.

The reason these three members of the legendary Southern rock group are credited as writers on the track is because it actually samples part of their major hit, “Sweet Home Alabama.” In addition to being sampled in the song, “Sweet Home Alabama” gets a shoutout in the lyrics.

Rock also opens the tune by yelling, “turn it up,” as a homage to the way Skynyrd has always opened “Sweet Home Alabama.”

Here’s another fun fact for y’all. Rock’s good friend Uncle Kracker is also listed as a co-writer on his mashup masterpiece.

The combination of these two rock songs and all of that songwriting talent resulted in a smash hit for Rock. It became his first Top 10 hit on country radio, but was also successful on Southern rock stations.

Music Video Cranks Up the Heat

When it comes to the music video for the song, it is the definition of carefree.

Rock can be seen cruising around on a boat, while flashback scenes show a teenage couple enjoying their summer at the lake. In between these flashback scenes, he can also be seen living it up on a party boat with a bunch of beautiful women.

The video for “All Summer Long” is the perfect blend of steamy and celebratory. You’re able to escape to a simpler time in life just by watching it…whether that time is last summer or the most memorable summer of your teenage years.

Once you finish giving that a watch, go ahead and check out the music video for “Picture,” which kicked off Rock’s entire country music career. Without it, we probably never would have gotten “All Summer Long” to enjoy!