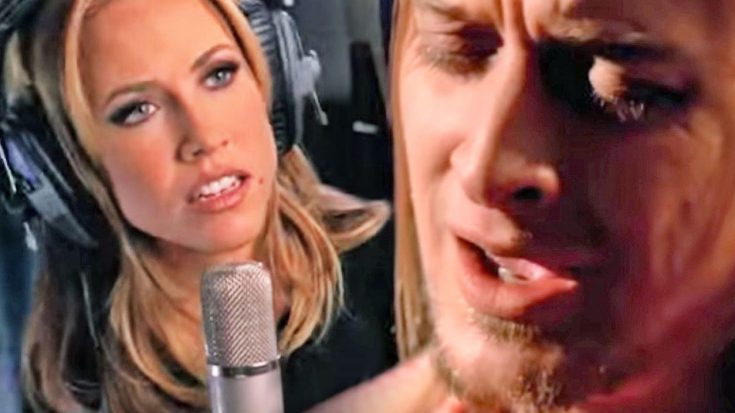 2001 was a big year for Kid Rock. It was the year that he released his album Cocky, which was unlike anything he had ever done before.

Previously, Rock had jumped around from genre to genre, focusing specifically on hip-hop and rap. But he decided to go in a different direction when it came time for him to put together the material for Cocky.

The record was Rock’s first experience recording music that leaned in the country and blues direction. No one was sure how Rock’s country debut would go at the time, but as we now know, it was pretty successful.

In the years that have passed since Cocky‘s release, Rock has found himself a place in the country music community. He currently owns a home in Nashville, and frequently performs at country-related events, such as Charlie Daniels‘ Volunteer Jam. While a great deal of this success can be contributed to his 2008 smash hit “All Summer Long,” it all started with a song from Cocky.

“Picture” was released as a single off of Cocky in 2002. You’re probably used to hearing the version between Rock and Sheryl Crow, but did you have any idea there was another version as well?

When Rock was unable to get permission from Crow’s record label to release “Picture” as a single, he recorded it again with country singer Allison Moorer. This version was the one that was sent out to radio stations, but some still ended up playing Crow’s version anyway.

Regardless of which version they heard, it seems that listeners loved the song. It claimed the fourth spot on the Billboard Hot 100, making it Rock’s most successful U.S. single to date.

Although Moorer was the featured guest in the commercial version of “Picture,” Rock invited Crow to film the song’s music video with him. A true work of art, the video dives deep into the painful feelings associated with heartache.

Most of the video takes place in a recording studio, where Rock and Crow sit together and sing. Shorter clips flash throughout these scenes, typically showing Rock alone as he longs after the woman who got away. These clips sometimes appear in black and white, adding further to the mournful tone of the song.

Rock and Crow’s chemistry is off the charts in this video. You can feel the connection between them as they sing, which makes the entire video all the more powerful.

This is one video worth watching again and again. Scroll down below so you can do just that.

We hope that Rock and Crow will consider singing another duet together some day, because they make a great team!