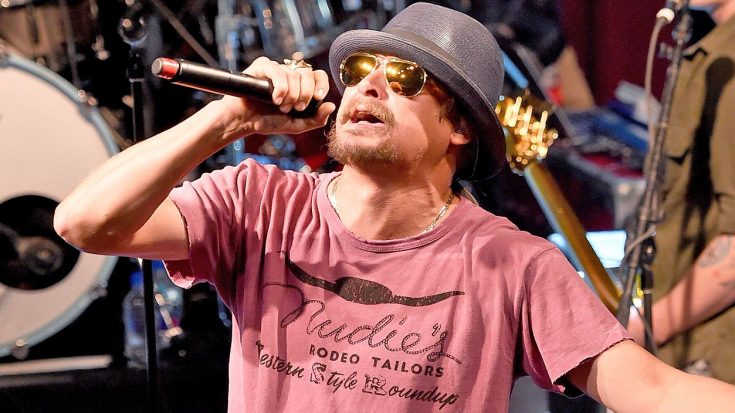 Since the release of his hit song “Picture” in 2002, Kid Rock has found himself a member of the country music community. It’s a position that he further secured with the 2008 release of his single “All Summer Long,” which was a smash hit on the country chart.

“Tennessee Mountain Top” resurfaced in February 2017, which is when Rock was the featured subject of an episode of Dan Rather’s The Big Interview. Rock performed an acoustic version of the song during the episode, and his fans quickly fell in love with it.

So imagine how thrilled Rock’s fans were when he dropped a recorded version of the song a minute past midnight on Friday (September 8). The track is set to be Rock’s next single, and will hit country radio on October 2.

The recording of “Tennessee Mountain Top” may be the most “country” thing we’ve ever heard Rock sing. A press release about the song describes it by saying that it is “country-infused” with a bit of “Southern rock spirit.“

Rock opens the song singing on his own while the sound of an acoustic guitar accompanies him. Everything grows in intensity as the song continues, with the sounds of electric guitars, claps, and heavy drums jumping into the mix.

If Rock’s past success on the country charts is any indication, we feel like “Tennessee Mountain Top” could be a big hit for him! Check it out in the audio clip below.

What do y’all think of Rock’s new song? We’d love to hear from you!