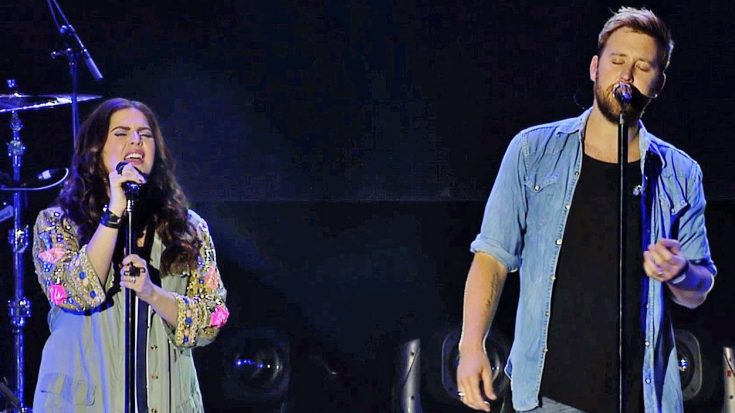 News of Tom Petty‘s death in 2017 hit the country music community hard. Although he was a rock artist, his music had a profound impact on many of today’s country artists who grew up listening to him in their homes.

In the first few weeks after Petty’s passing, country artists took time out of their own concerts to perform tributes in his honor. Lady A was one artist who stepped up to pay tribute to Petty, and they did so at two of their shows overseas.

While performing in Manchester, England and Dublin, Ireland, Lady A played the Tom Petty and the Heartbreakers hit “Learning to Fly.” Written by Petty and Jeff Lynne, “Learning to Fly” was released in June 1991 off of the album Into the Great Wide Open.

Lady Antebellum’s Charles Kelley appeared visibly shaken as he began singing “Learning to Fly” during the group’s show in Manchester. You can read the emotion on his face when you watch him in the video that the trio shared of their performance.

While Kelley took the lead on the song, band members Hillary Scott and Dave Haywood chimed in every now and then to sing backup. But the prevailing sound was that of Kelley’s voice, which was powerful and passionate.

Part of the way through the video, the footage switches to show Lady A performing “Learning to Fly” during a different show in Dublin. This time around, the trio made the performance more personal for their fans by jumping down to sing it in the midst of the crowd.

We could try and describe that part of the performance for you, but it will mean so much more if you watch it yourself. You can do so by tuning into the video below.

We’ve seen quite a few tributes to Petty since he passed away, but Lady A’s has to be one of our favorites.

This one's for you, Tom Petty and the Heartbreakers. Rest easy. Thanks for the incredible influence you've had on both us and the music world over the years.