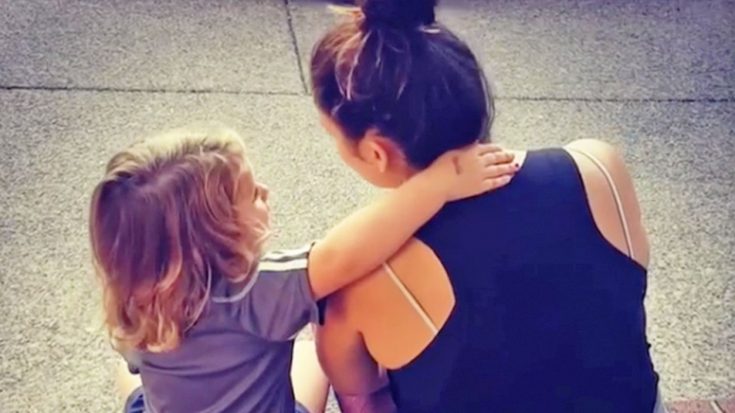 Eisele Kaye Tyrell may already have her future mapped out for her, and it’s all because of good genes! She is the daughter of musician Chris Tyrell and Lady Antebellum singer Hillary Scott.

Eisele (pronounced “Eyes-Lee”) made her stage debut at a VIP Lady Antebellum gathering while singing “Hit The Road Jack.” She shared the mic with her famous mom and even got help with backup vocals from Charles Kelley!

Scott shared a sweet video of her and Eisele performing a duet on Instagram with the caption, “Our 4 yr old’s PSA.”

Singing the Bill Withers song “Lean On Me,” Scott and Eisele sat on their front porch and performed the well-known hit. At some parts, Scott would stop singing to let her daughter sing solo, and she proved she was up for the task!

The most precious part of the performance was when Eisele attempted put her arm around her mom’s shoulder. We melted!