By Miranda Raye on March 27, 2018
Advertisement 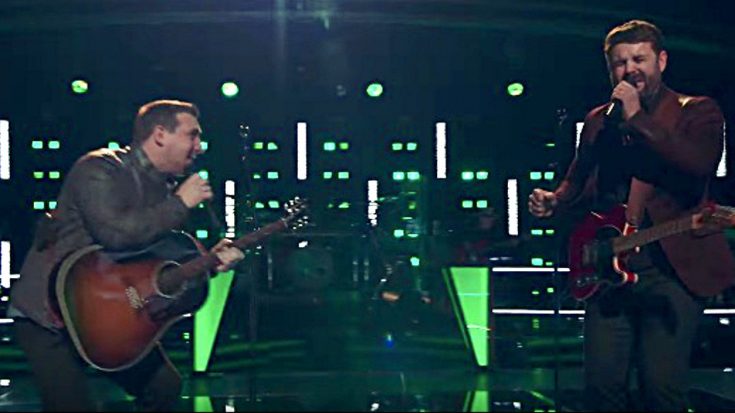 Every time the coaches of The Voice watch their contestants in the battle rounds, they are left with agonizing decisions to make.

Since The Voice is rich with talent, it’s so hard for the coaches to pick a winner of the battles when the contestants are so evenly matched.

These battles are insane ?? @NBCTheVoice

Blake Shelton certainly didn’t make things easy on himself when he grouped Kaleb Lee and Pryor Baird together as battle partners.

Honoring A Rock Legend In Battle

The song that Shelton selected for Lee and Baird was one of Tom Petty‘s most recognizable hits. Titled “Don’t Do Me Like That,” Petty wrote the song and recorded it with his band, the Heartbreakers.

Considering the fact that Petty passed away last year, it made sense why Shelton would want to honor him by having his two team members sing this song.

And sing it they did. We’ve seen a lot of closely matched battles over the years of The Voice, but this one was far too close for us to call.

One Of The Best Team Blake Battles Ever

Both men displayed immense confidence and stage presence, which is often where many contestants falter during the battles. In addition, both proved their skills as vocalists, and displayed great power and control of their voices.

Their battle was a blast to watch, made clear by how the coaches were grooving along in their seats the entire time. But once it ended, the not-so-fun part came. Shelton had to choose a winner.

Before Shelton made his choice, the other coaches offered up their thoughts. Kelly Clarkson spoke first, and while she felt that Baird did an excellent job, Lee was the one that stuck out to her.

“There’s something about you Kaleb, that I think you might be a dark horse,” she said.

Shelton certainly agreed that both artists crushed the battle. But in the end, he decided to stick with Baird, leaving Lee to say goodbye to the show.

Or so he thought. At the final minute, Clarkson slammed her red button to steal Lee and take him on to her own team.

Remember this moment?? It’s one of my favorite memories from being on @NBCTheVoice. Thank you for still believing in me @kelly_clarkson! ? ? #musiccomingsoon #kellyclarkson #kaleblee pic.twitter.com/vlZKZDMB4A

Considering how she vouched for him, it’s no surprise that she wanted him to herself!

You can watch all of the action unfold when you check out Baird and Lee’s battle over “Don’t Do Me Like That” below.