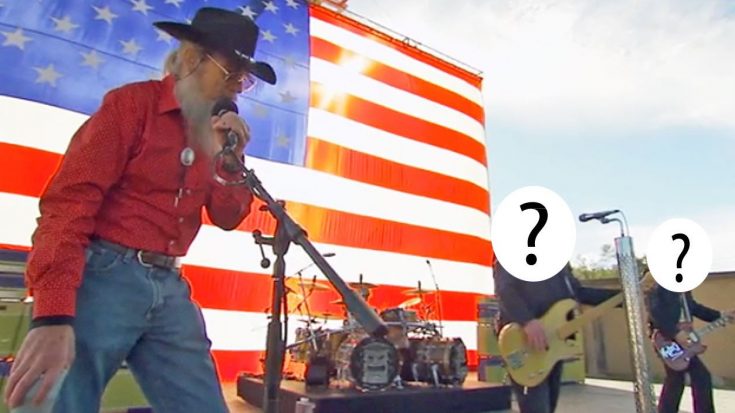 The Duck Dynasty series finale aired on Wednesday night (March 29), and it didn’t disappoint. We laughed, we cried, and we thoroughly enjoyed the final time a new episode of the show would air.

The episode centered around Uncle Si retiring from the family company, Duck Commander. After working there for over 25 years, Si decided it was time to hang up his hat in the duck business and focus on something else he is passionate about – country music.

He has been seen performing with his band, Uncle Si & The Si-Cotics, from time to time, and after his retirement he is going to be able to focus on his music career full time.

At his retirement party, Si requested that he be the entertainment, wanting to show off his secret singing skills to his family. Although they aren’t too optimistic about his new career, his family is still supportive of his dreams and set up a stage for him at the party.

Si said he’d take care of getting a backing band there, so no one knew who it would be before they arrived at the party. Little did everyone know, Si got legendary rock band ZZ Top to help him out.

When it was time for him to perform, the band hadn’t arrived yet and pulled up in their tour bus just in the nick of time. Once Billy Gibbons, Frank Beard, and Dusty Hill stepped off the bus, everyone was shocked!

“Even with Si singing, this is gonna be awesome!” Willie said after seeing the band.

They started singing their hit song “Sharp Dressed Man” with Si, which served as the theme song to Duck Dynasty since the very first season, making the 11 season series come full circle.

Watch some highlights from the series finale below.