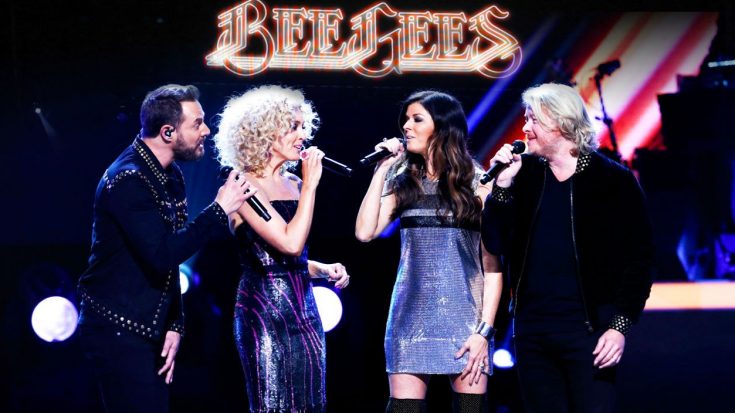 “How Deep Is Your Love” is one of the biggest hits from the 70s that everyone knows by heart, and when you hear one of the most loved country groups give their own rendition of it – your heart will literally melt!

Invited to perform during this once-in-a-lifetime musical tribute to one of the world’s most cherished bands to ever have struck the charts, country music’s own Little Big Town blessed the crowd with a truly awe-inspiring rendition of this Bee Gees’ mega-hit.

Appearing on stage at Los Angeles’ Microsoft Theater, this quartet of talented singers gave every ounce of themselves to this performance in honor of The Bee Gees’ outstanding accomplishments and beloved music.

Written and recorded by the three talented brothers, Barry, Robin, and Maurice Gibb, “How Deep Is Your Love” was released in 1977 as part of the soundtrack to the classic move, Saturday Night Fever. Storming the charts in multiple countries, this iconic song stayed on the charts for an impressive number of weeks and took the No. 1 spot across nearly 10 charts worldwide.

In this unforgettable moment, Little Big Town’s harmonies are so pure they will give you chills, and left the entire crowd silent as they watched this jaw-dropping performance.

Watch their full performance in the video below!