By Jennifer Pernicano on March 26, 2015
Advertisement 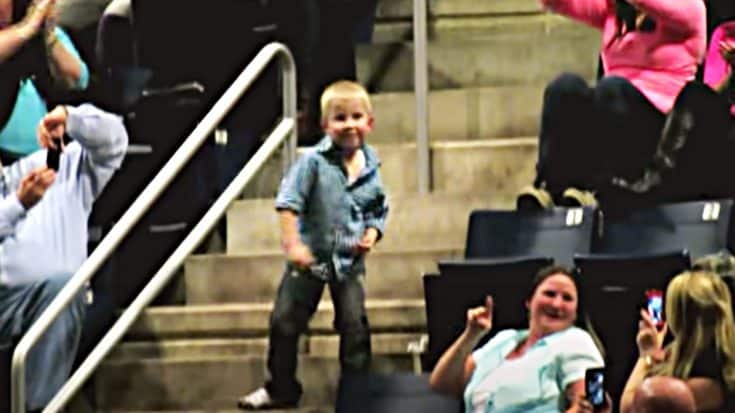 Sometimes, something just comes over you when you hear a certain song and you can’t yourself but break out into dance!

That’s what happened at a Rascal Flatts concert in Pikeville, Kentucky in 2013.

During an intermission between acts, the sound of electric dance music group LMFAO’s hit song “Sexy and I Know It” inspired a young boy to break out into dance.

The video starts with the tiny dancer in the stairs busting a move. People all around him had their phones out recording him, as though they were at his concert!

He danced so well that it almost seemed like it was rehearsed, down to him clapping above his head to try and get the rest of the audience to clap with him!

The little guy stole the show, completely giving Rascal Flatts a hard act to follow. The young charmer received a wild round of applause and cheers after his dance number ended that most audiences reserve for the big leagues.

He was probably the last opening act anyone expected to see at a Rascal Flatts show but we doubt anyone complained. Watch his adorable dance to “Sexy and I Know It” in the video below and be sure to let us know what you think in the comments!