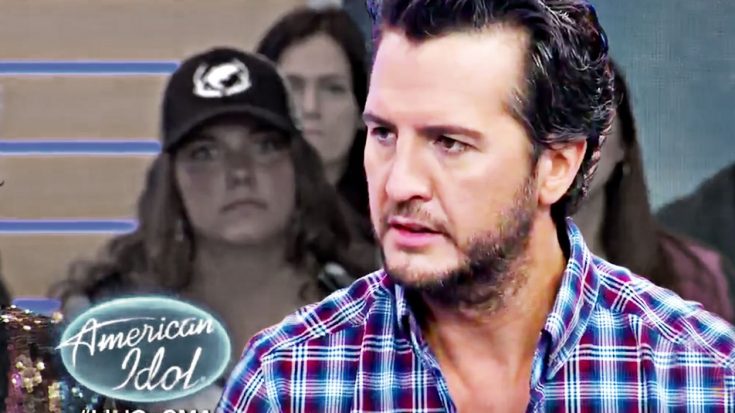 Just hours after a gunman killed 59 people and injured more than 500 at a country music festival in Las Vegas, Nevada, country music star Luke Bryan reached out and spoke with his friend and colleague who was performing when the shooting began.

Opening up during a segment on Good Morning America about his new role as a judge on American Idol, Luke spoke candidly about his conversation with Jason Aldean in the early morning hours after the shooting.

Host Robin Roberts began the conversation by stating how the tragedy had affected the music industry as a whole and hit so close to home for millions of Americans, including all three Idol judges – who are concert performers.

“Las Vegas is not far from any of our minds,” Roberts began. “Is there something you all want to share about that?”

Following Lionel Ritchie and Katy Perry expressing their feelings on the recent heartbreak that swept America, Luke opened up about his phone call with Aldean just hours following the deadly shooting.

“Hearing one of your best friends shaken up like that, knowing they’ll never be able to un-see these things, you get lumps and you get nauseated,” Luke said somberly. “There’s just got to be something we can do. From the mental health issue to all of the issues that are causing these things.”

The crowd applauded his statement with the other judges and hosts nodding their heads in support of the longtime country singer.

Our hearts are broken following this unimaginable crime and our prayers are with everyone who has been affected by it.

If you are able to help support the Las Vegas Victims’ Fund, please consider donating at their GoFundMe page.

Additionally, Stoney’s Rockin’ Country in Las Vegas is holding a special free Solidarity Concert to help raise funds for the victims of the shooting. It’s 100% free with all proceeds and bar revenue donated to the Las Vegas Victims’ Fund.