Lynyrd Skynyrd & ZZ Top Earn Animated Tribute From Hank Jr. That You Have To See This Instant

By Miranda Raye on September 1, 2017
Advertisement 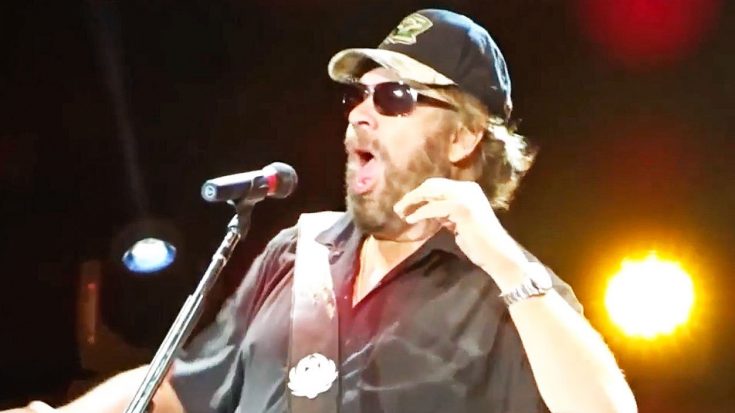 While Hank Williams Jr. is a country artist by definition, his style contains elements from multiple genres. His music is heavily influenced by blues and rock, especially the latter.

So when it came time for Hank Jr. to perform a show at The Woodlands in Texas in 2016, he decided to bring up some of his favorite rock songs. A fan happened to capture Hank Jr.’s covers on camera, and it’s one video you’ll want to watch right away.

The video shows Hank Jr. and his band in the midst of playing Lynyrd Skynyrd‘s upbeat classic, “Gimme Three Steps.” After that, he and his band moved into another Skynyrd song that had the crowd roaring at the sound of a familiar guitar riff.

You got it folks…that song was none other than “Sweet Home Alabama,” which is arguably Skynyrd’s most recognizable tune. Unfortunately, Hank Jr. didn’t sing any of the song, but the instrumental part his band played seemed to be enough to satisfy his fans.

After teasing the crowd with his “Sweet Home Alabama” snippet, Hank Jr. moved into a full-out performance of a song by another major rock group, ZZ Top. The song he chose to perform was “Waitin’ for the Bus,” which ZZ Top included as the opening track on their Top 10 album Tres Hombres.

Hank Jr. poured everything he had into the song, delivering an animated performance that had the crowd on the edge of their seats. You know how you always hear about Hank Jr.’s skills as an entertainer? Well those were on full display as he was paying his tribute to ZZ Top!

From start to finish, Hank Jr.’s performance of “Waitin’ for the Bus” is one wild ride. Buckle up, brace yourself, and prepare for the action to unfold when you watch him perform the song in the video below.

Hank Jr. knows how to put on a good show, that’s for sure!