Girlfriend Surprised With Sweet Love Song Performance While At Work 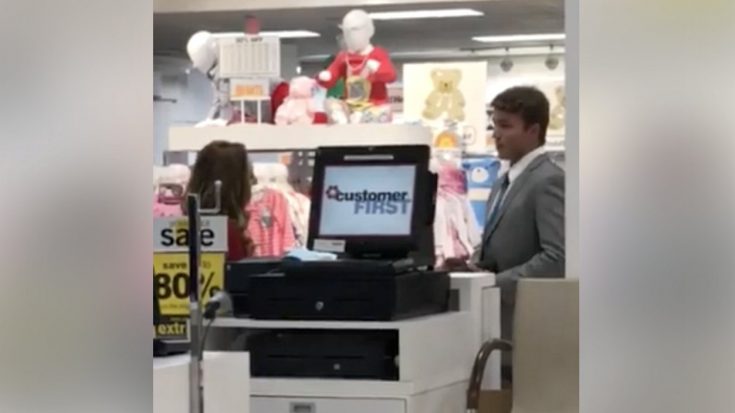 A Logan, Utah, couple is winning over the internet thanks to an adorable Valentine’s Day surprise that was caught on video.

The surprise took place when Oak Musselman showed up at his girlfriend’s workplace to serenade her. Dressed in a suit and tie, Oak is seen standing in front of his girlfriend, Carly Zook, in the middle of a Herberger’s department store. As a track played on his phone, he belted out the lyrics to Ed Sheeran’s “Perfect” while gaining a small audience in the store.

The video was captured by shopper, Freda Whitehead, who posted it to Facebook, saying, “Yesterday while I was Valentines shopping in Herbergers in Logan, Utah I came across this young Man singing to his girlfriend, I am assuming while she was working. It was so touching I had to video. This is so heartfelt and as a society we need more love and less hate!”

The sweet performance elicited a touching response from the couple’s in-store audience and online as people commended Oak’s heartfelt gesture and Carly’s obvious affection for him.

Check out the touching Valentine’s Day performance in the video below.