By Miranda Raye on August 1, 2017
Advertisement 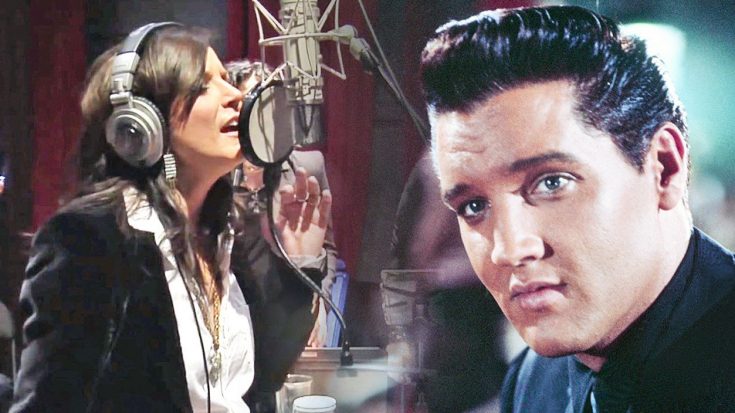 The “King of Rock and Roll” Impacted Country Music Too

Elvis Presley may have been “The King of Rock and Roll,” but his music has inspired artists of all genres.

Country stars have always felt a particularly close connection to Presley. As a result, many country artists have recorded covers of Presley’s songs.

One of those songs is “Suspicious Minds,” which Presley released in 1969. Presley wasn’t the first artist to record it, but his version was the most successful up to that point. Because of that, his name has become synonymous with the song.

After Presley’s recording of “Suspicious Minds” topped the Billboard Hot 100, other artists followed suit in the hopes of snagging a big hit themselves.

The most successful country version was by Waylon Jennings and Jessi Colter, whose 1976 re-released recording of the song reached the second spot on the Hot Country Songs chart.

More recently, Martina McBride stepped up to offer her take on “Suspicious Minds.” She included her rendition of the song on her 2014 album Everlasting, which reached the top of the Top Country Albums chart.

How Does Martina’s Rendition Sound?

Around that same time, McBride was visiting the folks at SiriusXM and had the time to perform a song for them. The one she chose was “Suspicious Minds,” and the crew at SiriusXM thankfully filmed the entire thing.

With a full band surrounding her, McBride let herself sway along to the music as she sang. Her smooth voice flowed effortlessly through each word, making even the highest of high notes seem like a breeze to sing.

Everything about McBride’s performance was perfectly polished, making it one of the best versions of “Suspicious Minds” that we’ve ever heard. Now you can listen to it yourself by checking out the video of her performance below.

Don’t be surprised if you find yourself grooving along in your seat to this one!