By Jennifer Pernicano on June 15, 2017
Advertisement 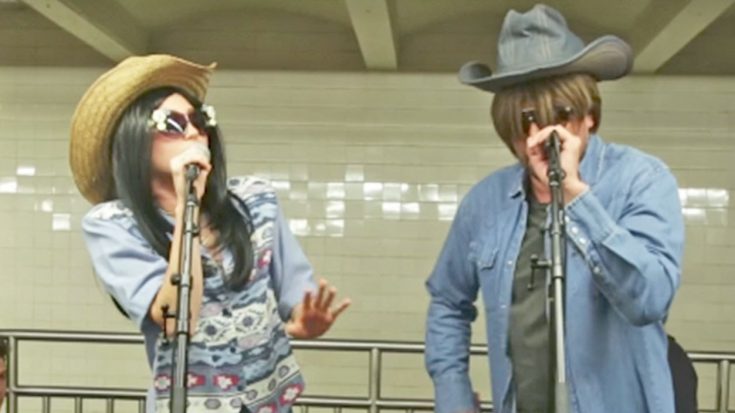 New York City got the surprise of a lifetime when Miley Cyrus stopped by The Tonight Show with Jimmy Fallon. For a segment of the show, Cyrus and Fallon put on disguises and busked in the NYC Subway.

The second Cyrus began singing “Jolene,” subway-goers stopped in their tracks to go listen to the performance, not knowing it was actually her. We’re not sure how, though, her voice is completely recognizable!

After hundreds of people gathered around her and Fallon, they ripped off their disguises and the crowd went wild.

“This is my first time at the subway station! This is some exciting sh**,” she said to the crowd.

The duo then proceeded to lead a sing-a-long to Cyrus’ hit song “Party In The USA.”

The video has over 14.3 million views, and we’re not surprised why. Watch their undercover performance below.