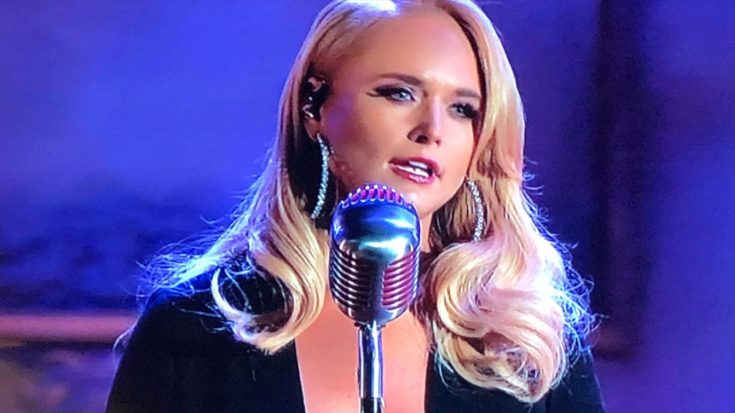 One of the things you can guarantee about a country music awards show is that Miranda Lambert’s performance is one people will be talking about for a long time.

Whether it be her emotional performance of “Tin Man” at the ACM Awards, or her sassy “Pink Sunglasses” during the CMT Awards, Lambert always knows how to put on a show.

For the 51st Annual CMA Awards in 2017, Lambert chose to perform another song on her double album The Weight Of The Wings, which is nominated for Album of the Year.

When speaking to Rare Country about her song choice, she said, “I’ve got 24 songs on the record you know, so I’m trying to take every opportunity to get another song heard. But, this is the country music awards, so I wanted to do a country song.”

She talked about the pure country steel guitar that kicks off the song, with a memorable piano solo in the middle, which she admits makes her fall in love with the song every time she hears it.

“To Learn Her” was written by Lambert, her bestie and Pistol Annies bandmate Ashley Monroe, and good friend Waylon Payne.

Lambert delivered a classic country-esque performance, just like she promised, filled with incredible vocals, steel guitar, and a pure country feel. She earned a well-deserved standing ovation from the adoring audience.

Watch Lambert’s moving performance of “To Learn her” below.

Miranda performing To Learn Her at last night's #CMAawards. Country music at a country music award show. What a concept. pic.twitter.com/P7C5OCsKLe