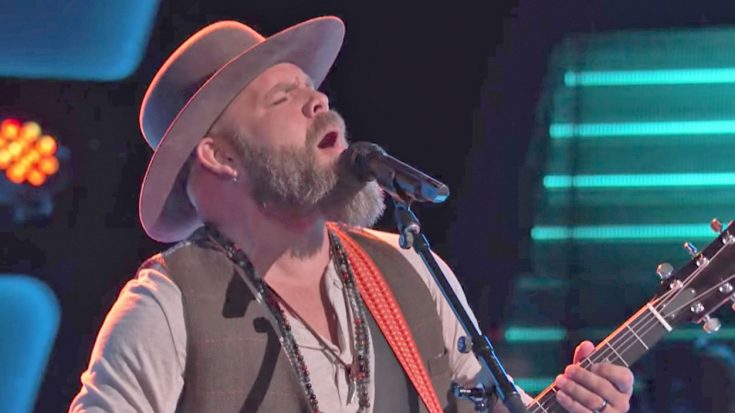 No, that’s not Zac Brown auditioning for The Voice, it’s Adam Cunningham, a singer from Nashville, Tennessee who just looks a whole lot like him!

Cunningham stood on the stage with his guitar and began singing a song we all know quite well, The Allman Brothers’ “Midnight Rider.” It’s always difficult to audition with such an iconic song, because the judges will compare the performances, but Cunningham brought a new level of country soul to the song.

After just a few lyrics, Blake Shelton pushed his button, knowing he had to have this powerful country voice on his team. While Miley Cyrus and Adam Levine looked as though they knew they could never get this man to choose them over Shelton, Jennifer Hudson had a fire in her eyes after hearing Cunningham’s soulful sound.

The Allman Brothers released “Midnight Rider” as the second single of their 1971 album Idlewild South. Although the band’s version of the song never charted, it became a huge success for lead singer Gregg Allman as a solo version.

Shelton and Hudson fought until the very end, but Cunningham could only pick one coach. Watch his audition below and find out which coach he chose in the video below.