Navy Veteran Dedicates Reworked Version Of ‘Hallelujah’ To Our Military

By Jennifer Pernicano on August 23, 2017
Advertisement 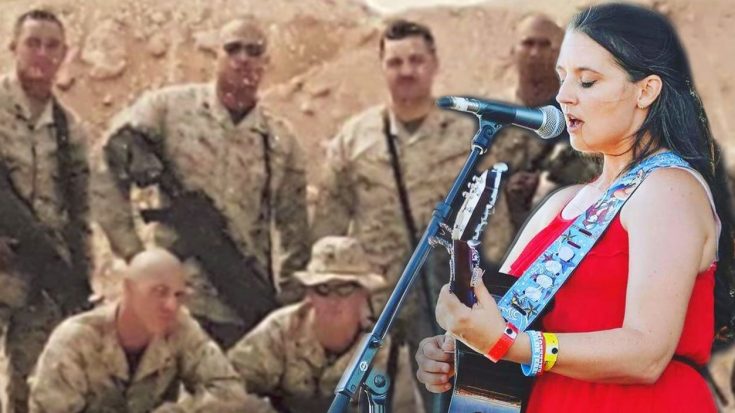 Leonard Cohen’s iconic song “Hallelujah” has been covered by countless artists, but none have hit us right in the feels more than this one.

Navy veteran and musician Sailor Jerri was once an Aviation Mechanic on F/A 18’s, but thanks to some encouragement from her fellow veterans, she is now making sweet, sweet music.

Since starting to learn to play guitar and posting cover videos on YouTube, Sailor Jerri has also taken a liking to songwriting. Since she is a proud veteran and knows what they go through, she decided to rewrite the lyrics to “Hallelujah” to be about the military.

She calls it “Hallelujah Veterans Version” and it will likely bring you to tears.

“You packed your bags and shut the door/You cross the sea in a fight of war/You didn’t know just what would happen to ya/Stepped in the dirt boots on the ground, and gunfire was the only sound/And to yourself you whispered ‘Hallelujah,’” she sings.

She first released her version of “Hallelujah” as a raw unedited performance, but assured fans she would record it very soon, and she held to her word. One month later, she debuted her studio version of the song and the video included pictures from United States military members stationed around the globe.

“Every picture in this video was sent to me by the great members of our Armed Forces who have been supporting me from the beginning. Thank you so much for your service and your support,” she wrote in the description of the video.

Comments were flooding in from veterans and civilians alike thanking her for writing and sharing the song, and as supporters of our military, we’re glad she did too. Watch her version of “Hallelujah” below.