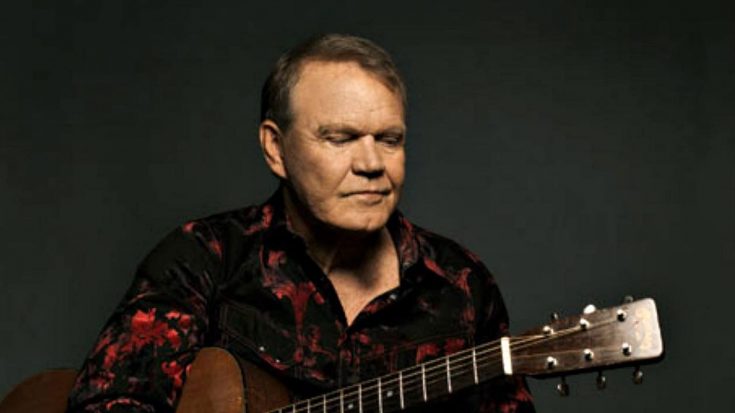 The passing of Glen Campbell has shaken the world. The Rhinestone Cowboy had an undeniable influence on nearly ever musical genre, but more importantly he developed deep, lasting friendships with an unimaginable number of people over the course of his 50 plus years in the music industry.

Many of those friends have taken to social media to share their memories of Campbell. While the stories and memories are all so very different, they share one common thread; a love for people and music.

The Oak Ridge Boys‘ Duane Allen and Joe Bonsall sat down to share some of their favorite memories of their dear friend following his death. Bonsall recalled his first time hearing Glen Campbell live. The Oaks’ tenor was a fan of Campbell long before he became a member of the Oak Ridge Boys, so seeing Campbell perform at the CMA Awards was a memory he will never forget.

“Glen Campbell came out and sang ‘By The Time I Get To Phoenix.’ He sat on the edge of the stage and sang it,” Bonsall recalls. “I loved Glen Campbell. I had all of his records up to that point. I couldn’t believe I was sitting in the Opry House actually watching Glen Campbell sing. Over the years we became very good friends.”

Some of Duane Allen’s best memories of Campbell included sharing songs and singing with the legend for hours on end.

“One night we played songs so long that Glen just fell asleep. He just didn’t want to give it up,” Allen remembers. “He would wake up at the end of a song and say ‘Play another one.'”

Duane then shared a very personal moment he had with Campbell during one of his last visits with the star. Allen recalls visiting Glen at the care facility where he resided until his death. Allen handed his guitar to Campbell who proceeded to strum it lightly before breaking into a smile.

“It was hard to see a man who looked really healthy. He looked really good. He still smiled big. But, not be able to communicate like he once did,” Allen said. “But, I have so many memories of him, and I pray that someday we’ll find a cure or a treatment for Alzheimer’s.”

In 2014, the Oak Ridge Boys were asked to be a part of the documentary, Glen Campbell: I’ll Be Me. While filming their segment, the Oaks were asked if there was a song they would like to sing for Glen. The answered with a tear-jerking rendition of the classic Christian hymn “Farther Along.”

The beautiful song was being shared on social media following Campbell’s death and many were seeking comfort over the loss of their beloved friend. Hear the Oak Ridge Boys sing “Farther Along” for Glen Campbell in the video below.