Over 30 Years After Its Release, Hank Jr. Still Plays The Hell Out Of ‘A Country Boy Can Survive’ 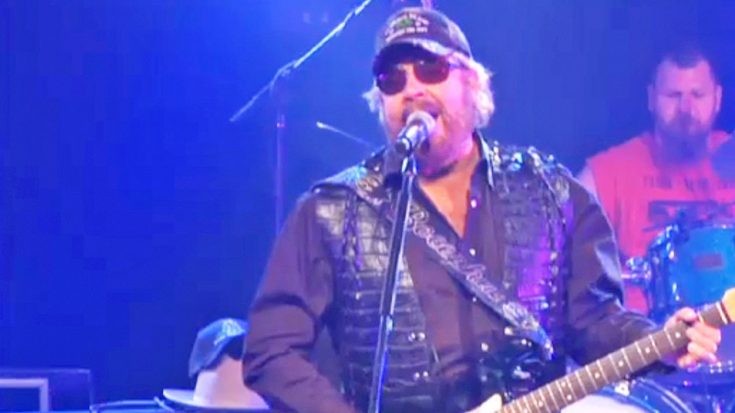 By January 18, 1982, Hank Williams, Jr. was already a full-blown country star. With 16 albums already under his belt, Hank Jr. already had a solid fan base and large repertoire of original and cover songs he regularly performed at shows.

On that day in January, 1982, he released “Country Boy Can Survive” as a single and his live shows were never the same. Although it never reached No. 1 on the charts, which we will never know how, the song is still considered one of Bocephus’ signature songs.

In 2016, the country legend traveled the country with last year’s breakout star Chris Stapleton for a co-headlining tour. The partnership was an incredible thing bring old school country and new school country together, even though Stapleton is more classic than he is modern.

Hank Jr. performed his concert staples at each show, including “A Country Boy Can Survive”. Sitting on stage with just his guitar, he belted the song with so much passion. He got the audience singing along and hanging onto his every word. Over 30 years after its release, and Hank Jr. has still got it!

Watch his awesome performance below.