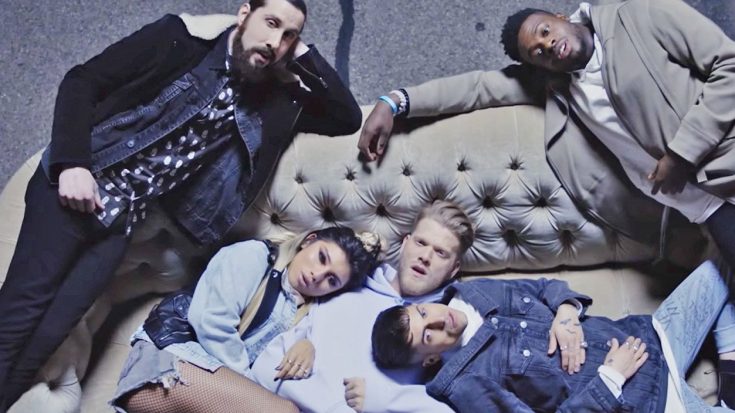 Internationally renowned a cappella group Pentatonix paid a stunning tribute to Queen with an chilling new video for a unparalleled rendition of the rock band’s iconic “Bohemian Rhapsody.”

The video kicks off with the five vocalists piled onto a small couch, delivering a tantalizing harmony before lending control of the song to tenor Mitch Grassi, who took on the role of Queen’s Freddy Mercury for the remainder of the song. The video follows the five-manned group’s journey through the different aspects of the complex song, delivering mind-blowing vocal effects you won’t believe.

Pentatonix’s rendition of “Bohemian Rhapsody” is one only they could accomplish. From the spine-tingling harmonies to the breathtaking sound effects created by their voices alone, the video is nothing shy of incredible.

“Bohemian Rhapsody” is the lead song off the group’s latest EP PTX Vol. IV – Classics and is arguably their most impressive cover since. The three-time Grammy Award-winning group initially took the world by storm with their 2011 win of NBC’s The Sing-Off.

You can watch their video for “Bohemian Rhapsody” below.