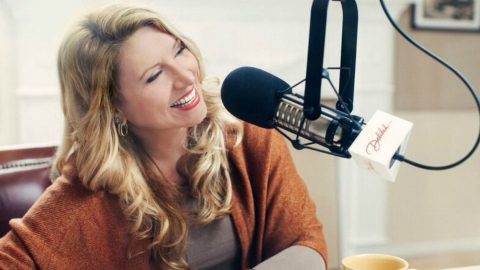 Shania Twain, Faith Hill and Garth Brooks are just a few of the country artists who have seen crossover chart success. And nobody knows crossover hits better than National Radio Hall of Fame inductee Delilah.

Also known as the Queen of Sappy Love Songs, Delilah has offered love song therapy to radio listeners nationwide for more than 20 years. With an estimated 8 million listeners tuning in to her nightly call-in radio show, the majority of Delilah’s audience consists of pop fans, but country music crossover hits don’t go unnoticed.

“It is quite common in the music industry to produce different versions of songs in order to introduce music to an array of audiences,” Delilah told Country Rebel. “I don’t think that these [country] artists have left their roots behind at all. In fact, their roots are very much a part of their music. That’s what makes it so appealing. The foundation of a person is what makes up their artistry. Music is universal and doesn’t have to speak to one genre.”

Some of Delilah’s most requested country tunes are Shania Twain‘s “You’re Still The One,” ” Breath” by Faith Hill, “H.O.L.Y.” from Florida Georgia Line, and Garth Brooks‘ “To Make You Feel My Love.” But, when asked what the greatest country crossover love song of all time was, one song stood head and shoulders above the rest.

“In my opinion ‘I Will Always Love You’ by Dolly Parton is tough to beat,” Delilah shared.

We whole-heartedly agree! Parton wrote the song in 1973 as a farewell to longtime partner, Porter Waggoner. The song topped the Billboard Hot Country Songs chart a year later. She re-recorded and released the song again nearly a decade later and once again topped the charts, making her the only artist to ever have that honor.

But it was Whitney Houston’s 1992 recording of the Parton-penned tune for the Bodyguard movie soundtrack that would make it one of the greatest love songs of all time. Houston’s rendition of “I Will Always Love You” dominated the charts for 14 weeks straight and earned the singer two Grammy Awards.

Do you agree with Delilah‘s top crossover love song pick?

Check out the video for Whitney Houston’s rendition of “I Will Always Love You” below and share with with your special someone this Valentine’s Day.

You can hear Delilah 24/7 on the iHeart app or by clicking here. Or, you can checkout her podcast here.