By Manly Bryant on February 7, 2018
Advertisement 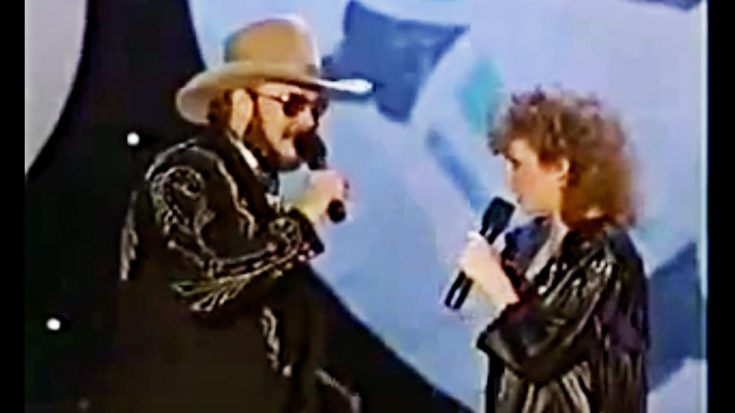 Taking a page from his father’s legendary songbook, these two country icons teamed up for a performance like no other!

Taking the stage at the ACM Awards back in the 1980s, country queen Reba McEntire and Bocephus himself, Hank Williams Jr., blew the crowd away with this rousing and wild cover of “Hey Good Lookin’.”

The tune, which was written and recorded by Hank Williams Sr. back in 1951, has become a staple of any country music collection and a fan favorite to hear singers cover at shows.

Donning a giant belt buckle, McEntire dances alongside Hank Jr. and belts out some of the most powerful notes you’ve ever heard! These two are a true force to be reckoned with and we wish they did more duets together.

Check out the full ACM Award performance from Reba McEntire and Hank Williams Jr. below and let us know what you think!