By Jennifer Pernicano on October 2, 2014
Advertisement 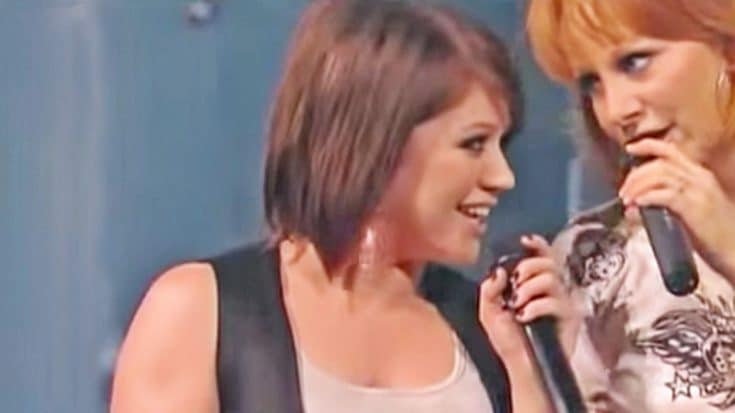 Country music legend Reba McEntire took Kelly Clarkson under wing towards the beginning of her career for a sass-filled performance of “Fancy.”

The women, both masters of their respective genres, dominate the song in their high-energy performance of the classic that screams girl power with each and every lyric. The pair work the stage and play off one another’s spark making for a memorable duet.

The reason their chemistry is so great might be because this isn’t the first time these two have collaborated, and definitely wasn’t the last! In 2009, they teamed up for a duet to Clarkson’s hit song “Because of You.

“Fancy” was originally written and recorded by women’s rights activist and singer Bobbie Gentry in 1969. She regards it as her “strongest statement for women’s [liberation], if you really listen to it…I agree wholeheartedly with that movement and all the serious issues that they stand for.”

Reba adopted the song in 1990 and released it off her Rumor Has It album. Her countrified version of the 60’s pop song dove into the Top 10 country hits chart in 1991.

Today marks 28 years since @Reba released the album 'Rumor Has It'. pic.twitter.com/cKBuHGcMKm

Watch Reba and Kelly’s fun-filled performance of the song in the video below!