By Miranda Raye on January 29, 2018
Advertisement 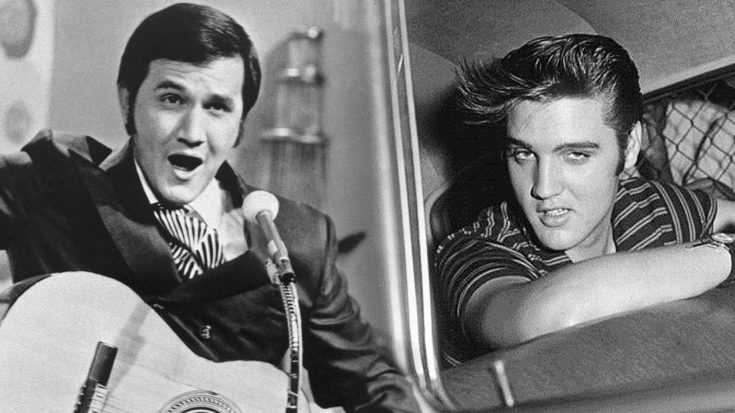 Everyone seems to have a favorite celebrity that they’d love to meet one day. When and if that meeting ever occurs, it’s understandable why you, as a fan, would be a bit starstruck.

Even famous people find themselves in awe of other celebrities that they admire. So much in fact, that they will stop someone in the middle of the street just to say “hello.”

That’s exactly what happened when country music singer/songwriter Roger Miller was cruising on his motorcycle down Sunset Boulevard in Los Angeles one day. Roger, known for songs such as “Dang Me” and “King of the Road,” was one of the leading stars in country music during the 1960s.

His fame was so great that his music ended up reaching the ears of the man who was arguably the most famous musical artist in the world at the time…Elvis Presley. So when Elvis’ limo passed Roger on Sunset Boulevard on that one fateful day, he instructed his driver to stop.

Roger’s son, Dean, recalls the almost fairytale-like story of his dad’s chance encounter with Elvis in an interview on the “Children of the Song” podcast. He said that his dad was quite surprised when the driver of the limo rolled down the window and told him who was inside. “The driver rolls down his window and says, ‘Sir, I have Elvis Presley in the car and he’d like to meet you,'” Dean said.

But that wasn’t all. As Roger prepared to go on his own way, Elvis asked him for something he probably never expected. “Elvis Presley asks my father for his autograph,” Dean said.

Imagine being stopped on the street by Elvis and having him ask you for your autograph! It was clearly a memorable experience for Roger, since he relayed the story to his son.

Watching Roger perform, it’s easy to see why Elvis was such a big fan. You can watch him sing one of his signature songs, “The King of the Road,” in the clip below.