By Jennifer Pernicano on February 21, 2018
Advertisement 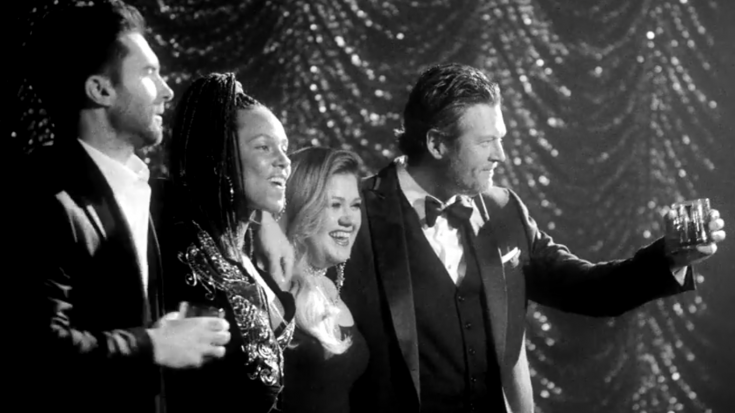 While promoting the 14th season of The Voice, the superstar coaches let the world know they were ready to let the games begin!

Dressing the set of The Voice in the style of a ’60s Vegas night club, the music video is shot completely in black and white giving off vintage vibes.

Levine and Shelton are first to take the stage for a bluesy rendition of Sinatra’s iconic tune, the artists transcending their respective musical genres for masterful take on the classic. Following the male coaches performance, Keys and Clarkson hit the stage for a awe-inspiring take on Simone’s “Feelin’ Good.”

Season 14 marked Clarkson’s first time as a coach on NBC’s hit series and Keys’ return after taking a break for Season 13. As we now know, Clarkson won this season with 14-year-old Brynn Cartelli.

fun fact: Brynn Cartelli is the YOUNGEST to ever win 'The Voice' AND she was the first person Kelly turned her chair for! pic.twitter.com/E9NAC78KXc

You can watch the bluesy music video below!