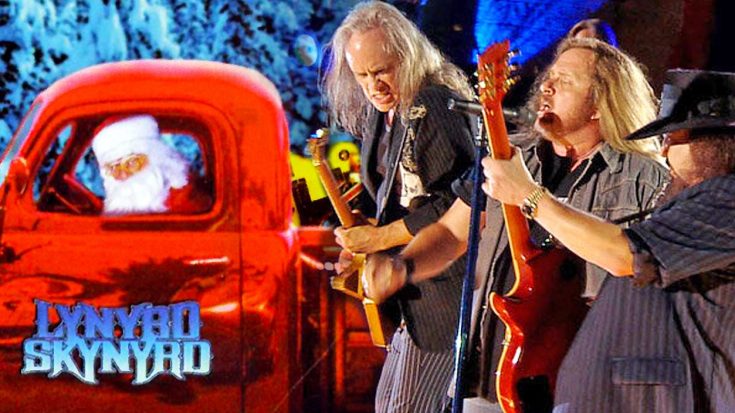 Fair Use via Wikimedia Commons/CMT

Many Christmas songs are celebratory in nature, and many more are about the jolly old man in red we know as Santa Claus. Once upon a time, two songwriters combined both of those elements in order to create one of the most popular Christmas songs ever.

Called “Santa Claus Is Comin’ to Town,” the song was written by John Frederick Coots and Haven Gillespie. As author Ace Collins writes in Stories Behind the Greatest Hits of Christmas, the song was a major hit when it was released.

Right after it made its debut, there were 100,000 orders placed for sheet music to the song.

Bet back then that no one ever imagined that “Santa Claus Is Comin’ to Town” would one day get the Southern rock treatment. But it did, courtesy of the one and only Lynyrd Skynyrd.

Skynyrd released their Christmas album Christmas Time Again in 2000, which broke into the Top 50 on the charts following its release. “Santa Claus Is Comin’ to Town” is one of the Christmas classics they covered for the album, and it was smash with fans.

The song naturally lends itself well to Skynyrd’s hard-rockin’ triple guitar attack, which is featured predominantly at the beginning of the song. But everyone who listens to the track will soon release that it has an obviously different sound than the group’s other material.

That’s because lead singer Johnny Van Zant isn’t the one you hear singing the tune. It was actually credited on the album as being performed by the group’s good friend and country legend Charlie Daniels.

Need we say any more? Skynyrd and Charlie Daniels performing a Christmas classic practically sells itself!

Tune in to the clip below to hear these two Southern rock icons put their spin on “Santa Claus Is Coming to Town.”