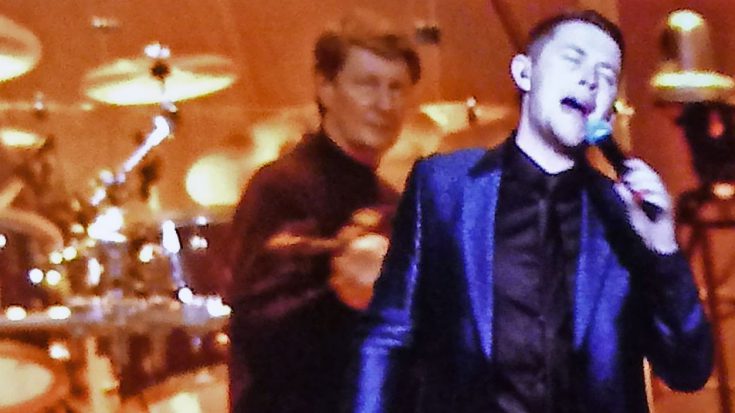 Taking the stage during a night honoring a living legend, this young country music superstar gives his all for a tribute that will speak to your heart!

Scotty McCreery was probably one of the first artists to sign up for a performance during last night’s (Feb. 8th) tribute concert for Randy Travis – and there’s no doubt that he had his heart set on blowing everyone away.

McCreery and Travis have had a great friendship for years, and Travis even came out for the first concert of 2017 by McCreery, so it was almost guaranteed that McCreery would do something incredible last night…and he did!

Singing Travis’ unforgettable hit, “1982”, this young country star pours his heart and soul into this dazzling and delightful moment to show how much of an influence Randy Travis has had on both him and his career.

He moves through the song with ease, bringing life to each verse and delivering an emotion-filled performance that many aren’t likely to forget.