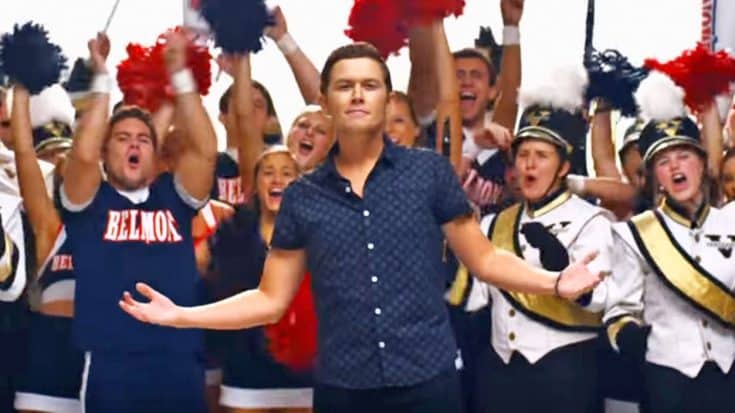 Scotty McCreery never disappoints, especially not with his music videos.

For his song “Southern Belle,” McCreery saw the perfect oppertunity to showcase some Nashville pride. To prove that there’s nothing like a southern belle, the video brings together Nashville’s Belmont University cheerleaders and the Vanderbilt University’s band for an epic performance.

McCreery sings to the camera as the cheerleaders show off their strength in the background. In an interview with Rare Country, McCreery admitted that the girls are more than pretty faces:

“Obviously they are pretty girls and all that, but what was really important to me was showcasing the strong aspect of those girls and their athleticism. I just wanted to showcase strong ladies and strong women and this music video was a great way to do that.”

What a southern gentleman!

After the video was released in late 2015, McCreery posted about it on his Facebook page, giving a “shout-out” to all the southern belles out there.

Although the song has a little more pop in it than we usually hear from McCreery, he told Rolling Stone Country, “This is probably about as far left as we’ll go“.

There really isn’t anything quite like a “Southern Belle!” Check out the video below.