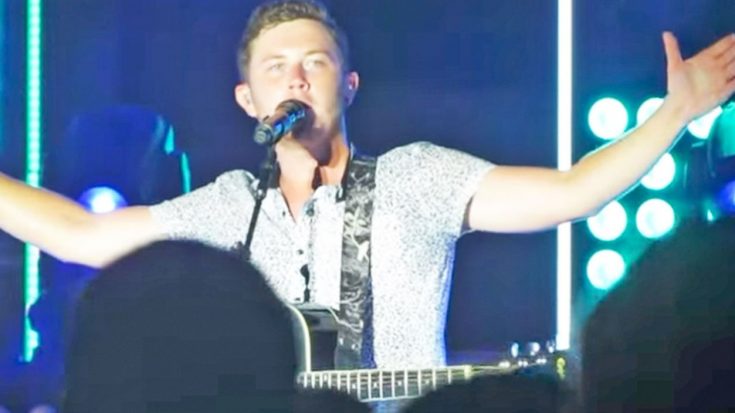 Known for his devotion to keeping country music country, Scotty McCreery has a tendency of covering classic songs released far before he was born. Taking place at a concert back in June of 2016, McCreery brought country music back to life with a wildly enthusiastic mash-up of some of the most iconic country hits.

The singer took his fans back to 1963, kicking off his performance with a spot-on rendition of Roger Miller‘s “King of the Road.” McCreery then transitioned into Merle Haggard‘s rebellious 1968 hit, “Mama Tried,” channeling the spirit of the late country outlaw effortlessly. The singer selected Johnny Cash‘s iconic “Folsom Prison Blues,” making the man in black proud with his pure country rendition. Rounding out his rebellious medley, McCreery closed it out with a feel good rendition of Alan Jackson‘s “Chattahoochee.”

Now, McCreery has become known for his devotion to keeping country music country. While the singer may still be young, he’s earned credibility amongst traditionalists for his knack at covering classic songs.

The young artist was named the Season 10 champion of American Idol, facing off in the finale against fellow country singer Lauren Alaina.

You can watch McCreery’s performance below.