Scotty McCreery Sings Powerful Song About Jesus With His Mom 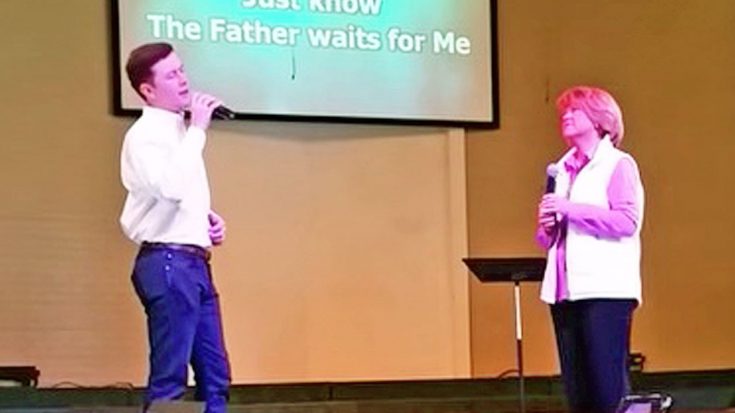 Scotty McCreery has never been one to hide what he believes. So, it came as no surprise when he sang an emotional Easter song during a service at his local church.

But Scotty wasn’t alone that day. He was joined on his stage by his mother, Judy, who impressed us all with her gorgeous voice.

Scotty and his mom chose to perform a duet titled “New Again.” It turns out that “New Again” has country music roots, as it was originally recorded by Brad Paisley and Sara Evans.

The song tells the story of the crucifixion from both Jesus’ and Mary’s point of view. It is somewhat bittersweet, because on one hand it represents Jesus’ saving grace. But at the same time, Mary’s heart is breaking as she watches her son die before her, prompting her to reminisce about the time she held him as a baby in the manger.

For their Easter duet, Scotty sang Jesus’ part of the song while Judy took on Mary’s role. Their voices filled with emotion, Scotty and Judy ended up delivering a performance that is sure to bring tears to your eyes.

Did y’all have any idea that Scotty’s mom could sing like that? Scotty, as usual, doesn’t miss a beat with his deep vocals that contrast perfectly with his mother’s.

What else can we say? This is one performance you absolutely can’t miss. You can watch it in the video below.

This has to be one of the most beautiful duets we’ve ever heard!