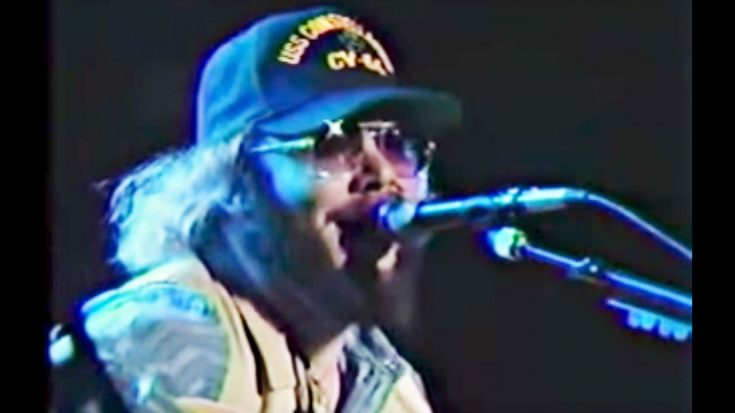 With some of the best pickin’ and singin’ you’re likely to hear, one of the biggest names in country music history unleashes this epic acoustic masterpiece on a crowd that loves every single note!

Hank Williams Jr. is truly country music royalty and nowhere is that more evident than in this rare, live, acoustic performance of some of his biggest hits – one of them being his 1984 chart-topping single, “Man Of Steel.”

Released as the title track of his 1983 album, “Man Of Steel” was penned by Hank Jr. and brought to life in only a way that Bocephus could, with a true, country story and top-notch guitar playing. Soaring to the No. 3 spot in the U.S. as well as charting in the Top 5 internationally, “Man Of Steel” became one of his greatest hits and a fan favorite tune.

In this magical video, Hank Jr. gives the tune an acoustic twist that had everyone begging for more, and will bring so many memories flooding back!

He sits center stage with just a guitar in his hand and a microphone standing before him, finishing a line from “Country Boy Can Survive” before moving immediately into the opening verse of “Man Of Steel.”

For everyone who has been a Hank Jr. fan, this will remind them why they became a fan in the first place – and for those casual listeners, this will surely have y’all snapping up some more of his great albums!

Check out the full live, acoustic performance of “Man Of Steel” in the video below!