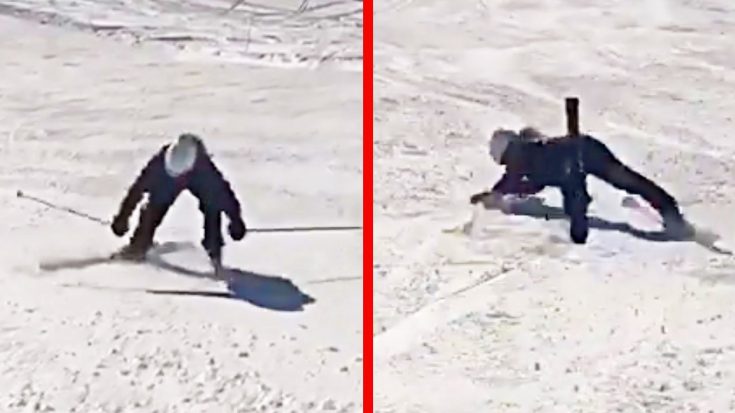 Dashing through the snow of the Swiss Alps while her husband filmed their adventure, country music superstar Shania Twain encountered some trouble on the hill!

In this fun-filled video clip she shared with fans on social media, Twain clearly had a blast even though she hit a little bit of a snafu while trying to navigate the white wonderland.

She revealed that she and her husband made a deal that had the last one down the hill would be cooking dinner on Christmas Eve, and shared a video of her smiling at the camera while skiing like a pro.

The follow-up post showed Twain trying to turn, and then took quite a spill – falling flat on her face. With humor about the whole situation, she captioned the post, “Guess who’s cooking Christmas Eve dinner…”

After the fall, Twain slid for a few yards on her stomach and it looked like she could be laughing behind all the winter gear.

Watch both of Shania Twain’s skiing videos below!

Last one down the mountain has to cook Christmas Eve dinner ? ⛷