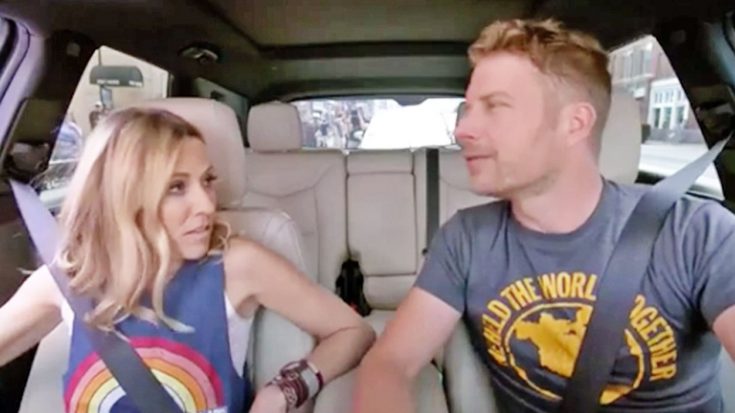 Late Late Show host James Corden took the world by storm with his show’s segment “Carpool Karaoke,” with the videos incurring hundreds of millions of views on YouTube since its debut featuring the late George Michael. Quickly catching attention from the media, streaming service Apple Music decided to make a complete series surrounding the segment.

“Do you find that people just cannot figure out how to spell your name?” Crow asked Bentley.

“I get Sheryl with a C,” Crow responded.

Spoiler alert: Not a single person was able to spell either of their names.

In addition to conducting a city-wide spelling bee, Crow and Bentley sung along to Sun” and Bentley’s “What Was I Thinking.”

You can watch the hilarious video below!