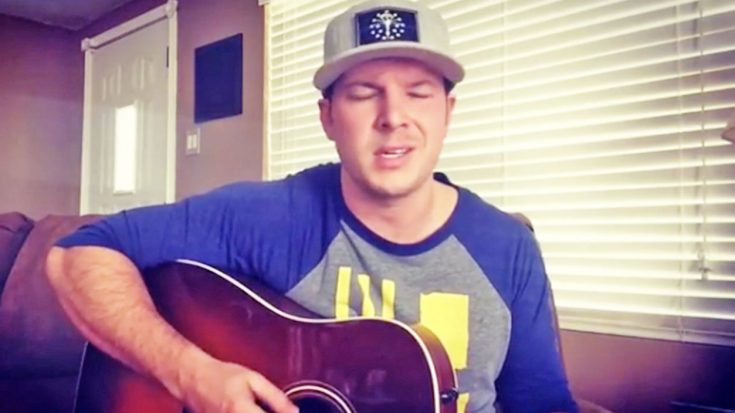 One of the saddest love songs to ever hit country music was back in 1995 in the form of Deana Carter‘s “Strawberry Wine.” The melancholy song tells the story of love lost, the woman unable to shake the memory of her former lover from her mind even decades later.

While her point of view has been heard time and time again, the boy “working on her grandpa’s” farm has been silenced, until now. A young country singer by the name of Corey Cox covered Carter’s award-winning country ballad, however, this time from the man’s point of view.

“Was working through college, on her Grandpa’s farm/ She was thirsting for knowledge, and I had a car,” he sang, putting his own unique spin on Carter’s lyrics. “She was caught somewhere between a woman a child/ When one restless summer we found love growing wild.”

Since making the move from the small town of Pendleton, Indiana to pursue his star-studded dreams in Nashville, Cox has shared the stage with some of the biggest artists in the genre, including Darius Rucker, Josh Turner, and Dierks Bentley.

“I still get goose bumps every time I walk on stage. This is what I was put on this earth to do. And I’m going to continue to give it everything I have – and have one hell of a time doing it,” the singer wrote via Facebook.

The singer has released a single of his own, “Wake Up Drunk,” after being signed to Markle Music Group.

You can hear Cox’s rendition of “Strawberry Wine” below.