By Jennifer Pernicano on September 26, 2017
Advertisement 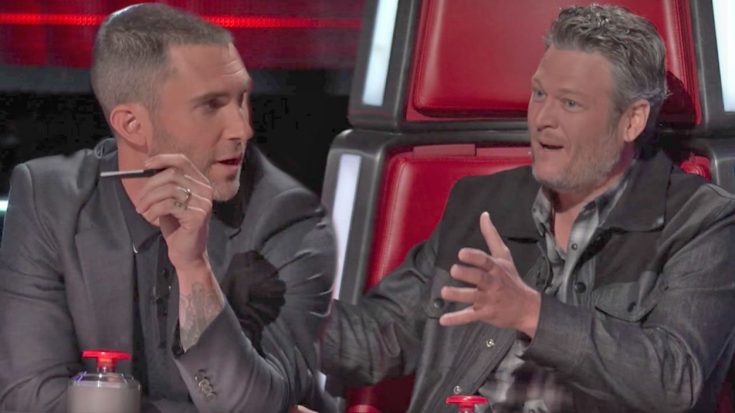 You only get one shot to wow The Voice coaches, and 29-year-old Mitchell Lee from Charleston, South Carolina did just that. In the premiere episode of the Emmy-winning singing competition show, several singers stood on the stage with Blake Shelton, Jennifer Hudson, Miley Cyrus, and Adam Levine’s backs towards them.

Performing the Hootie and the Blowfish song “Hold My Hand,” Lee showed off his raspy vocals and soulful sound, which three of the four coaches loved so much, they pressed their buzzers.

It didn’t take long for Levine, Hudson and Shelton to turn around for Lee, with Shelton even exclaiming, “I gotta go!” when he saw the other two coaches turn. Following the audition, Levine rose to his feet to give Lee a standing ovation.

“First of all, Hootie! That singer has traversed a lot of ground. He’s doing simple pop, rock and roll and then moving into country,” Levine said.

“His name is Darius,” Shelton interrupted, much to Levine’s chagrin. “I’m just trying to help you because you didn’t know his name!”

The bromantic besties went back and forth with insults, including Levine’s diss, “There’s no B.S…Blake Shelton, or the other term.”

Shelton turned on his country charm to relate to his fellow Southerner, which has worked successfully for him in the past. In the end, Lee could only choose one coach’s team to join, and you could tell he was trying to make up his mind until the very last second.

Watch the video below to see Lee’s audition and to find out which coach he chose!