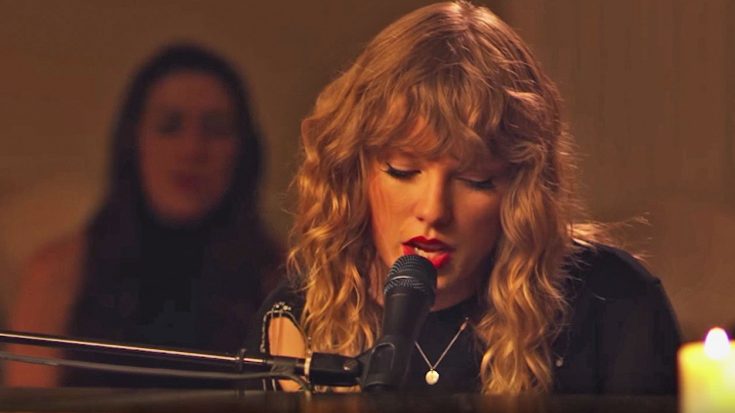 In celebration of her album’s release in early November 2017, the former-country singer invited a group of very lucky fans to her Rhode Island home to for an intimate performance of reputation album closer, “New Year’s Day.”

Swift packed one hundred fans – handpicked by the singer herself – in her private East Coast home, the fans gathering around the grand piano where she was seated. The singer stunned, delivering a heartfelt performance her tender love ballad which was recently serviced to country radio.

“New Year’s Day” is the final song off Swift’s 15-track album reputation, released Nov. 10 2017, the album marking the former country singer’s return to music after a three-year-long hiatus, the song inspired by her relationship with British actor Joe Alwyn.

“I was thinking about how everybody talks and thinks about who you kiss at midnight,” Swift said during a Secret Session according to iHeart Radio regarding the romantic track. “And I think that is very romantic. But I think there’s something even more romantic about who’s gonna deal with you on New Year’s Day. Who’s willing to give you Advil and clean up the house? I think that states more of a permanence.”

You can watch Swift’s performance of “New Year’s Day” below.