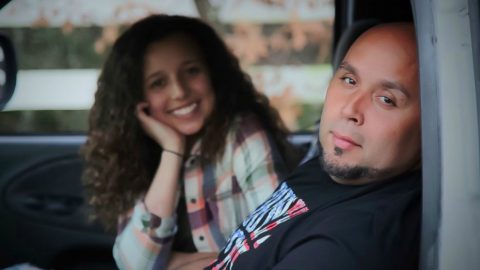 In January of 2017, Kris Jones took the internet by storm with his killer rendition of “Tennessee Whiskey.” The performance was captured by his daughter, Dayla, and posted to social media by his wife. Within a week the video had captured the attention of media outlets around the world, including Emmy Award-winning talk show host Ellen DeGeneres who invited Jones to perform on her show. To date, Jones’s cover of “Tennessee Whiskey” has been viewed more than 50 million times, making Jones one of the first internet phenomenons of 2017.

In the months since Jones’s life was changed by that fateful video, the hard-working Texas dad has been busy planning out his musical future. In addition to performances and growing his already impressive social media following, Jones recently recorded his first single, “Big Black Truck.”

The tune was written by Jones and is an anthem for every hard-working man or woman who has ever known the thrill of trading in a hard week’s work for a weekend of relaxation.

“Big Black Truck” was released Friday (May 27) to an overwhelming response. In addition, Jones’s website launched along with a GoFundMe account to help fund a full album. For fans who had been anxiously awaiting original music from Jones, the release was a well worth the wait!

Purchase your copy of “Big Black Truck” by clicking here.

If you would like to partner with Kris on his new album, visit his GoFundMe page here.

Watch the video that started it all as Kris Jones sings “Tennessee Whiskey” below.